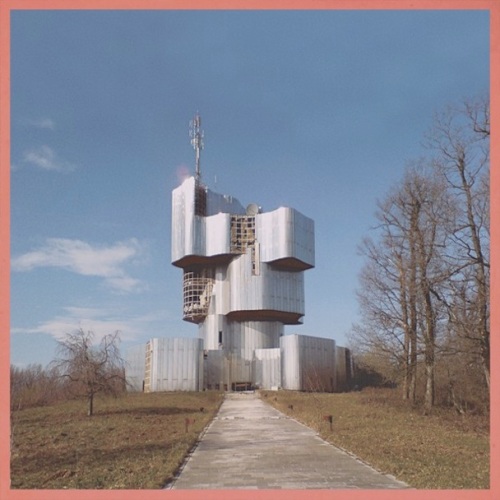 A short time ago, I wrote a series of posts entitled “What the Hell Just Happened Week” as a way to make sense of having seen 7 fantastic bands in the span of 5 days. I thought that was pretty crazy. I was wrong. I was oh so very wrong. 7? Try 1,000+. That’s how many bands performed at this year’s CMJ Music Marathon, which took place October 18-22. For those 5 days, more than 1,300 up-and-coming bands played showcases (sometimes putting on more than one show a day) in and around the NYC area for overstimulated throngs of music journalists, bloggers and fans, and it makes my head explode just trying to imagine being there. I’ve been to South by Southwest before (HEAR THAT?!? I’M HIP! DROPPING SXSW IN THERE LIKE IT’S NO BIG DEAL! OK, so I was there for the interactive conference), but I didn’t know much about CMJ’s Marathon until yesterday. Thankfully, my musical sherpa Bob Boilen fixed that. In this week’s episode of All Songs Considered, Bob gave a rundown of the CMJ experience with the help of music editor for The Village Voice Maura Johnston and writer and videographer for The L Magazine Sydney Brownstone. In just 49 minutes, they shared their first impressions of 12 of the participating bands, and I beg you give the episode a listen. Never has my Spotify “Chekkit” playlist (the one I use to check out new/unfamiliar bands) expanded so quickly. One of the groups that made an exceptional first impression was Unknown Mortal Orchestra, a super creative band from Portland, OR/Auckland, NZ (practically neighbors) that snags elements from all over the musical spectrum, crafting songs that range from “I must dance right this minute!” to “I need to listen to this about 27 more times to unpack all the interesting notes and changes.” The song below, called “Jello and Juggernauts,” leans more towards the second category, and I hope you’ll have a listen and grab their self-titled album on iTunes here.