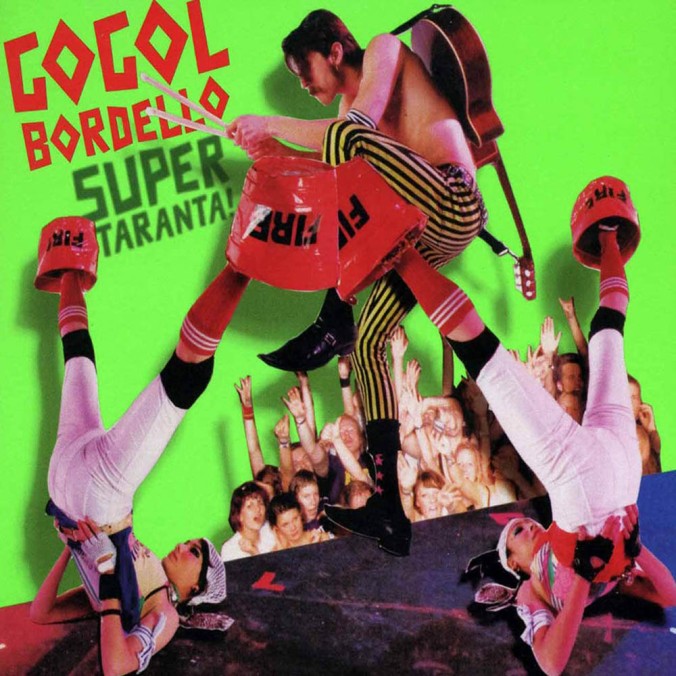 My wife and I had a few folks over on New Year’s Eve, and with just two hours until the party’s official start time, while she was putting the final touches on the spread of snacks she’d prepared in typical superhero fashion, I finally sat down to make a playlist.

I have to confess to being a bad playlist maker. My biggest problem is methodological. I dunno about you, but I tend to sort by artist and scroll from A to Z, picking whatever catches my eye along the way (because I’m lazy). This approach is flawed for a few reasons, chief among them the fact that you can amass a list long enough to last all night before getting out of the B’s. Case in point, Monday’s playlist, which ended up being 13 hours long.

I named it “Why Hello There, 2013,” set it to play randomly (because I’m lazy), and resigned myself to missing most of it. But there was one album the algorithm (yes, I certainly did try to spell that “algorhythm” on the first try) was determined for us to hear — Super Taranta, by Gogol Bordello. One stretch saw 3 Super Taranta tracks in 6 songs, and more were on the way. I included the whole album for the very same reason I’m so fond of the song below, “Supertheory Of Supereverything.” Bordello’s joyful Gypsy punk explores different moods and ideas — in this case, the relationship between science and faith — but it never fails to lift my spirits and my will to dance, however advisable that may be.

Listen to “Supertheory Of Supereverything” below. Maybe it’ll end up on your own overly ambitious playlist.

One thought on “Gogol Bordello”