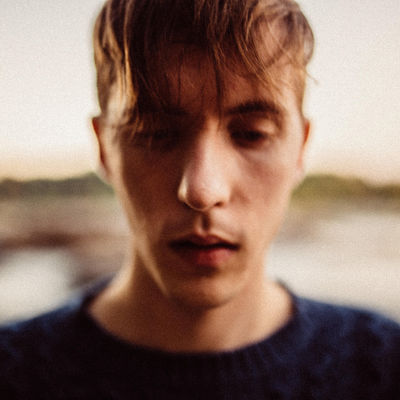 Back in October, I had the opportunity to see Evan McKeel perform at In Your Ear studios for one of their Shockoe Sessions. I even got to chat with him before his set. We talked about basketball — Duke, the NBA, how the Warriors would fare with Kevin Durant joining the team — and we talked about Richmond’s music scene and his excitement at immersing himself in it.

His set at In Your Ear was short, but he needed only sing a few lines for me to hear what millions of fans of The Voice had already heard — a truly incredible singing voice, able to ascend with ease and smokier than his years, with a natural distortion that provides texture and complements his precision. When I thought about the literal and figurative stage that he’d occupied on TV, sitting in that studio listening to him seemed like such a gift. It quickly sank in that he could sing pretty much any song he wanted to, which begs the question: What do you do when you can do anything?

The immediate answer for McKeel is a forthcoming album of earnest and original compositions that will be released under the name Skinny-E. The lead single from the album, “Love Again,” was just made available last Friday, and it’s an impressive, poised opening salvo. It’s sparse — vocals and guitar dominate the mix — and while that sense of space puts his voice front-and-center, it also gives you a chance to appreciate McKeel’s amazing facility with chords and structure. In that sense, I hear a great deal of Stevie Wonder’s influence (Wonder is a stated point of reference, and “Overjoyed” figured prominently in McKeel’s Voice run).

It’s crazy to think of “Love Again” as a starting point, but here we are, and it’ll be interesting to see where Skinny-E goes next.