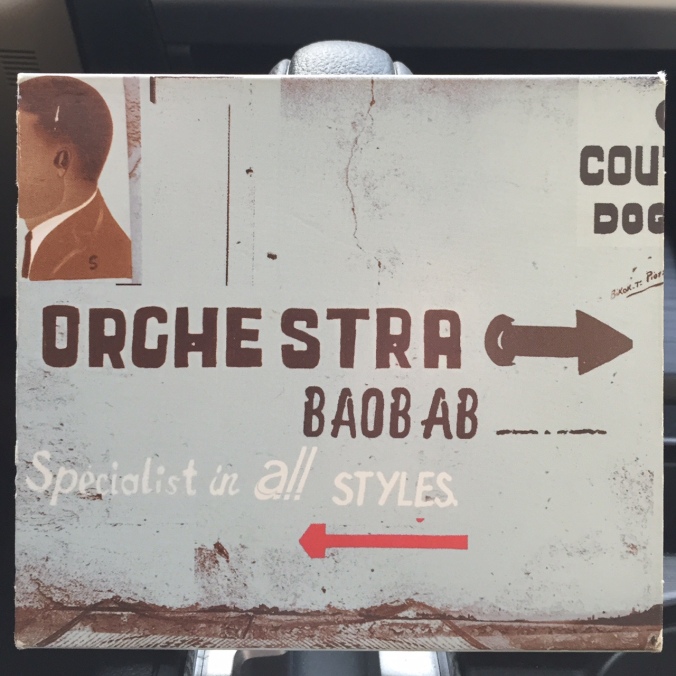 All Styles is right — did you see about the new Grateful Dead tribute album that The National organized? Guess who has a couple tracks on there! These guys! I haven’t heard them yet, but Courtney Barnett’s version of “New Speedway Boogie” is excellent.

Rolling around with this in the meantime. 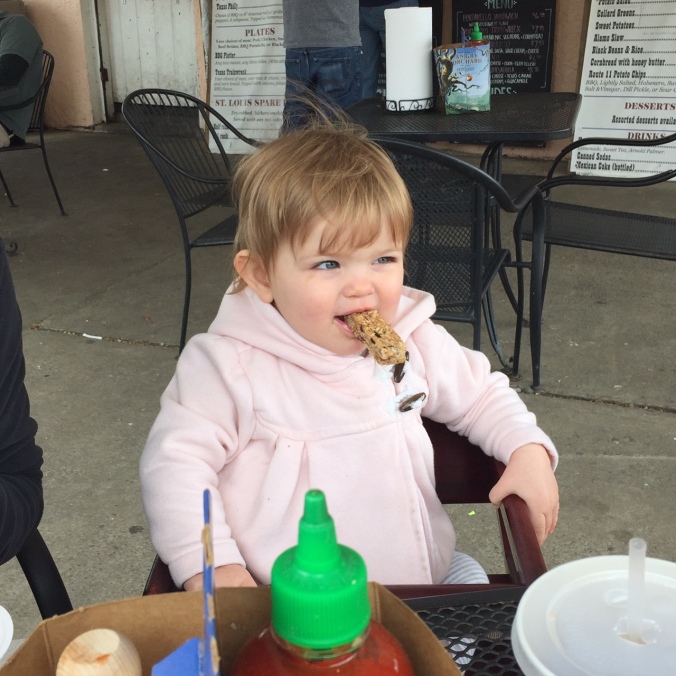 4 adults, 3 fish tacos, 2 brisket sandwiches, 1 baby with a granola bar. Add in the Scud Mountain Boys version of “Please Mr. Please” on the way home and you’ve got yourself a successful trip to Alamo BBQ.

Happy Easter weekend! A few news and notes items to crack open before you go hunting for eggs: 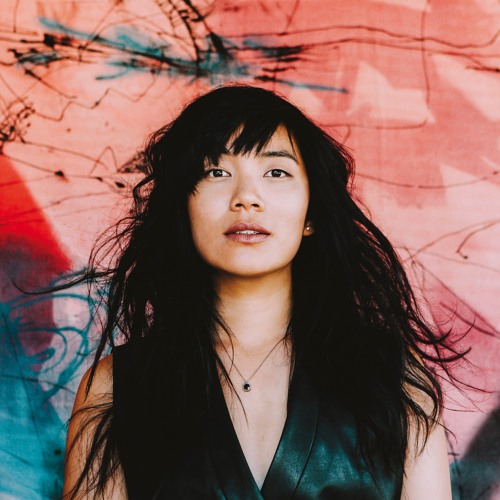 Y’all seen the Kazoo Kid meme? I started seeing gifs and snippets from “You on Kazoo” a couple months ago and decided unequivocally that the Kazoo Kid was awesome. My favorite was (and still is) the “Who are you?” line, which people have used as a reaction to shitty Internet comments. I love it.

A few days after I started seeing all this, I learned via Twitter that the Kazoo Kid is [insert drum roll] my buddy Brett — one of my favorite people in the entire world and a former bandmate (the same group that included Bandmate 4eva Doug). “You on Kazoo” was one of his first acting jobs, and he’s had many since — he’s an extremely talented dude. Incredible voice.

That double verification experience — saying “I like this kid” and then “No, wait — I actually know and like this kid” — it was wild. Like truth itself was confirmed. It was also a little like “Escape (The Piña Colada Song),” but the plot of that song makes my skin crawl, so let’s pretend I didn’t mention it.

Why am I bringing this up now? Because the same thing happened with Thao’s new album: I heard it and loved it when NPR did a first First Listen, and then weeks later learned via Instagram that one of my absolute favorite Richmond musicians — the amazingly talented Charlie Glenn of the Trillions and Avers — has guitar and keyboard credits all over A Man Alive. Made me so happy. Double verified: A Man Alive kicks ass. Need triple verification? Merrill Garbus of tUnE-yArDs produced it, and that influence — the focus on rhythm and general sense of mischief — is strongly felt throughout. So damn good.

Check out early favorite “Nobody Dies” below.

Thao & The Get Down Stay Down — “Nobody Dies” [Spotify/iTunes] 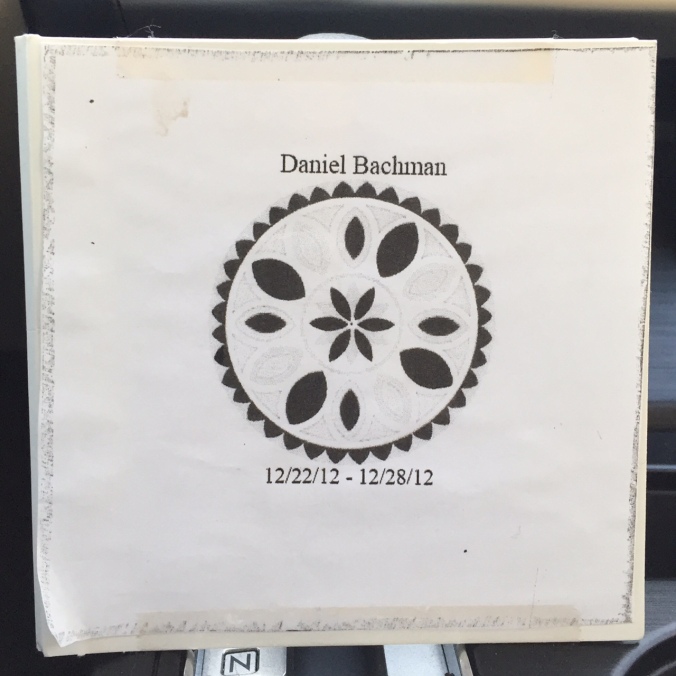 A much longer thing needs to be written about the relationship between Daniel Bachman’s style of composition — how he introduces themes and variations on top of a drone — and springtime, in all its genetically varied, ground-splitting, frost-fighting glory. For now, I’ll just say this: Bachman’s music is excellent company on a cold, early spring morning.

I got this handmade CD-R album at an in-store performance a few years ago, and while I can’t provide a sample of any of the songs on it — don’t see any on the interweb — here’s “Won’t You Cross Over To That Other Shore,” from his recent River album.

Happy tournament y’all! Crazy first day of games. Early exits for Baylor, Arizona, and Purdue… should be a fun weekend. Until then, a few news and notes:

Whether you’re out and about or glued to the TV like I’ll be, I hope your weekend is a [dribbles up to the basket and unleashes a 360-degree windmill jam] slam drunk. [Winks]

Last bit of catch-up for the week is about Off Your Radar — the weekly newsletter I’ve been writing for.

I haven’t been posting my blurbs because I’m hoping folks will subscribe, but I have to mention what happened last week. We all wrote about Sean Lennon’s Into the Sun album, which I really enjoyed getting to know. I especially enjoyed a jazzy track called “Photosynthesis” and spent all of my 200-some words extolling its virtues:

Forgive me — I have to freak out a minute about “Photosynthesis.” There are lots of jazz elements on Into The Sun, but “Photosynthesis” effectively hijacks the album for six and a half minutes and sends it into orbit. The bass line is just unconscionably, intensely groovy — the kind of pattern that begs to be sampled and repurposed. (Couldn’t find it on WhoSampled, so it’s not too late!) I could totally see it adorning a slow-mo sequence in a Guy Ritchie movie: gangsters in suits dragging some poor, bloodied soul into a room he’ll never again see the outside of. The other place I see it fitting is in a Radiohead song. Like someone gave the sheet music for the B-section of “Paranoid Android” to a jazz ensemble and said “Go nuts.” (Into The Sun was released while OK Computer’s massive wake was still rippling outward, so it’s not that hard to imagine that scenario actually playing out.) Maybe this will be more interesting to me than to anyone else, but it’s odd how, even though Sean Lennon has lived an international life — kindergarten in Tokyo, boarding school in Switzerland, college in New York — this one bass line pushed my mind toward two icons of late 90s British creativity. Is that because his father’s shadow was looming over him then, or because it’s looming over me now? Both, maybe?

What a thrill it was to find out via a really kind Twitter post that Lennon saw the newsletter and enjoyed it: 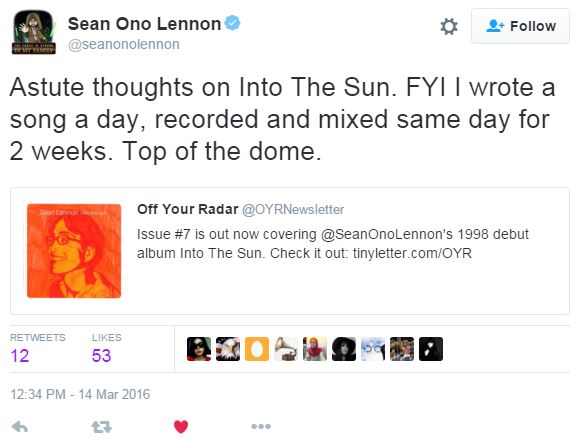 Blew my mind. Cheers to Doug Nunnally for starting this thing — I’m really proud to be a part of it. Even prouder today, actually, because Doug just let us know that the incredibly insightful writer of AnEarful is joining up! Welcome, Jeremy — can’t wait to hear your thoughts each week!

Here’s that Sean Lennon track I loved so much: 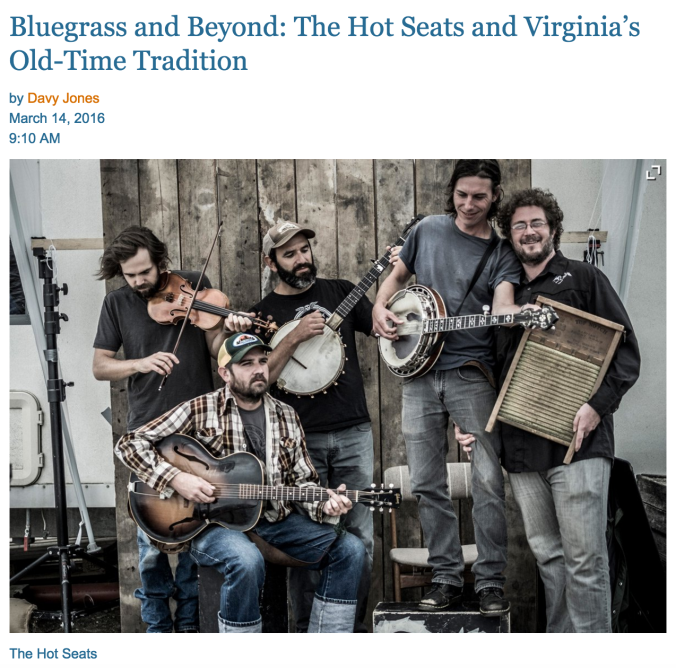 Call it creative vision. Call it a sense of purpose. Clarity. Self-awareness. However you want to describe it, talking to drummer/percussionist Jake Sellers convinced me: The Hot Seats have it.

I walked away from our recent interview with a stomach full of delicious Pho Tay Do food and a huge amount of respect for the group, which has won fans on both sides of the Atlantic. They strike me as protectors of something vital — something funny and fearless and closer to the actual “root” of the roots music that’s experienced a recent resurgence.

This quote from the article might say it better than any other:

“I think we very much as a band like [what’s] scratchy, looser … I don’t want to say dangerous, but less safe. Take a chance. We’re certainly willing to fall on our faces trying a song we’ve never played before in front of an audience because that’s where the excitement is.”

I love that, and I want to thank Jake for taking the time to meet and explore what he and the band are doing. Click here to read the whole River City Magazine article, or pick up a hard copy at one of these locations.

The Hot Seats — “I Ain’t No Better Now” [Spotify/iTunes] 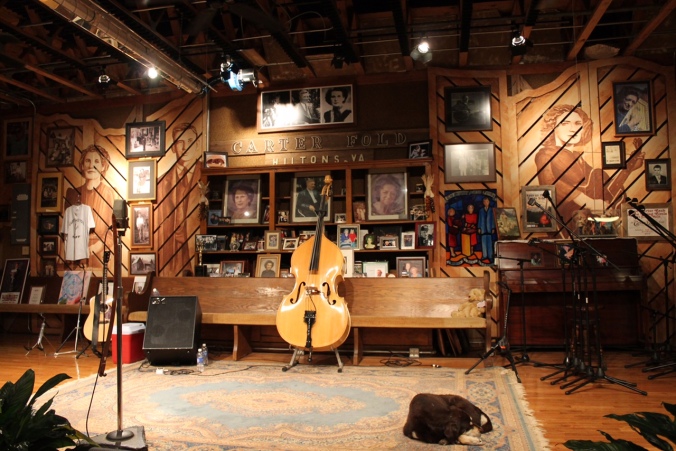 Lots to catch up on this week.

To start, I had a couple River City Magazine articles published this month, and I thought I’d share the links and say a little about them. The first one is the result of my two-day Crooked Road trip, which I mentioned in a recent CD Monday post.

The Crooked Road initiative — linking the pieces of musical history that are spread out across the western part of the state — strikes me as profoundly good and worthwhile. I love the idea that, one day, Virginia will be seen as a tourist destination more for its musical tradition than for its military one. Maybe that’s optimistic, but visiting places like the Floyd Country Store and the Carter Family Fold made me want to believe. It also made me proud to be from Virginia. I’d love to get back out to that part of the state sometime soon.

Thanks again to Andrew Cothern and Virginia Tourism for the invitation and for doing such a great job with this initiative, and to Doug Nunnally for making the mix CDs that accompanied the drives between landmarks.

Click here to read the article over at Richmond Navigator’s site — or pick up a hard copy at one of these locations — and scroll down to check out the Hillbilly Gypsies, the group we saw at the Carter Family Fold that Saturday night. (This video is from a different show, but they do a damn fine “Pretty Polly.”) 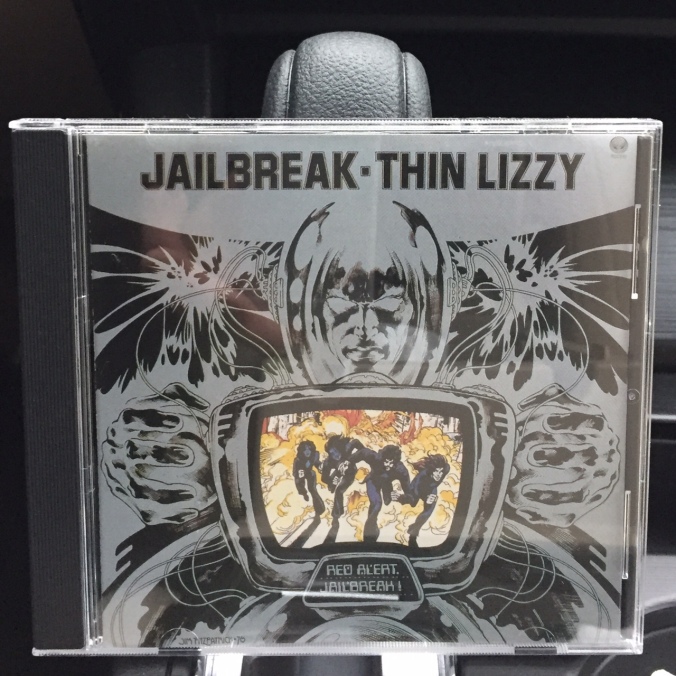 This one’s for Baby YHT, whose 18-month sleep regression makes just about every lyric in the title song applicable. More like “Cribbreak,” but you get the idea. “Tonight’s the night all systems fail” indeed.