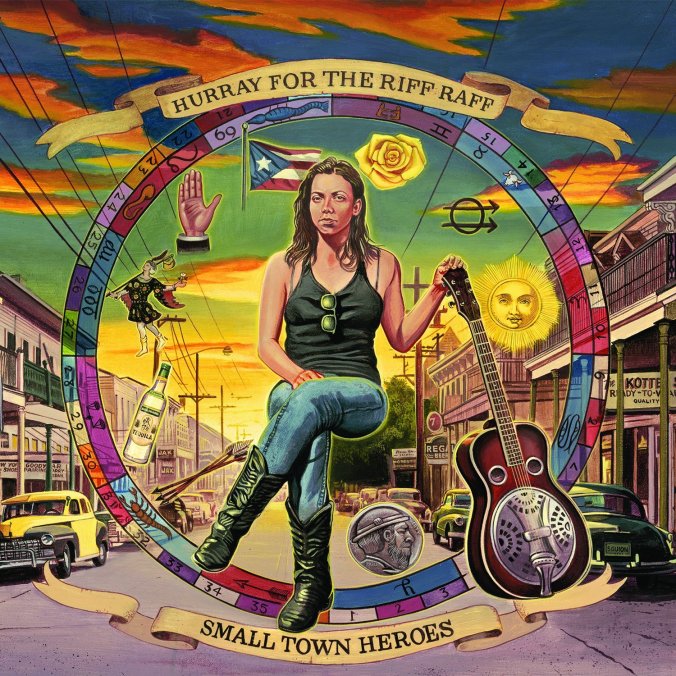 When I wrote about KONGOS, I talked about how the combination of bass, accordion and guitar reminded me of South Africa and Paul Simon’s Graceland, a comparison that was helped along by the fact that I looked the Kongos brothers up on Wikipedia while I was listening to their album for the first time and saw that they had roots in South Africa. Meanwhile, sitting in my drafts folder were the beginnings of my Hurray for the Riff Raff post. I’d listened to Small Town Heroes all the way through (and have been enjoying it a great deal), but I’d forgotten/failed to notice that it employs that same combination of instruments on “End Of The Line.”

END_OF_DOCUMENT_TOKEN_TO_BE_REPLACED 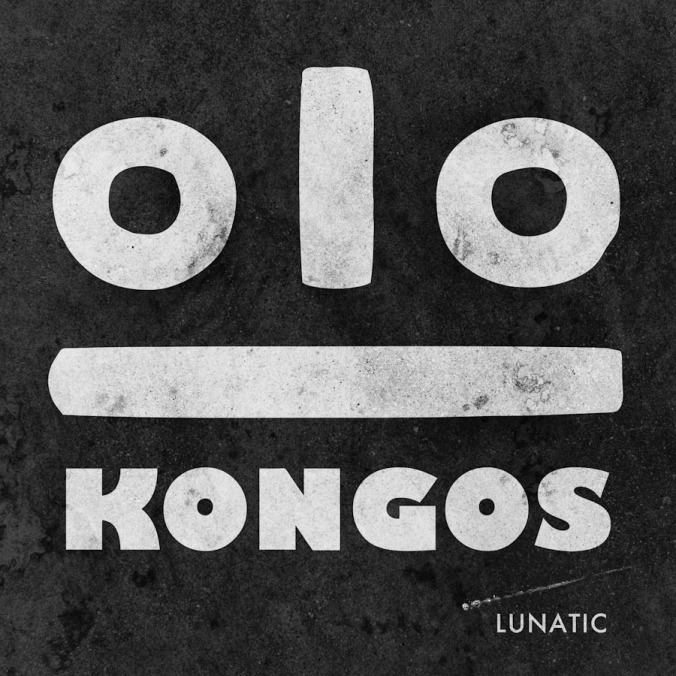 In a recent blog post, Mark Richardson described three different ways music can be processed by the listener:

Some music I hear with my body, I actually receive the sound partly with my body and want to move muscles when I hear it. Some music I hear more with my brain, like I turn over images and consider ideas and so on, it’s a cerebral experience. And music… works in a third way, which is that it seems someone wired directly into my nervous system. When I hear it i don’t want to move and I don’t want to think, I want to sort of sit back and let it wash over me. It feels like an electrical current or something, a wavelength I tune into that makes me very happy.

I didn’t realize it right away, but I have experience with that third way.

END_OF_DOCUMENT_TOKEN_TO_BE_REPLACED 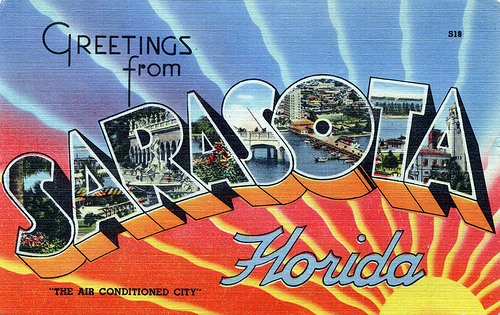 Heading to Siesta Key to visit some grandparents/get some sun/pray that we don’t come home to a flooded downstairs bathroom. There’s some really great stuff I can’t wait to share with you next week. Here’s a hint. Here’s another. Until then, some Booker T.

The Streets — “It Was Supposed To Be So Easy” [Spotify/iTunes]

[Editor’s Note: Mrs. YHT is not allowed to read this post. If you see her reading it, please feel free to slap the iPhone out of her hands. (Don’t worry — it’s in a pretty sturdy case.)]

END_OF_DOCUMENT_TOKEN_TO_BE_REPLACED

Two people told me — in totally separate conversations — that yesterday felt like Thursday to them. The weird thing is that I felt the exact same way, and I felt it before either of those conversations happened.

My displacement probably has something to do with there being a highly anticipated college basketball game tonight, during which I’ll be ending a self-imposed and sickness-related alcohol prohibition. I’d guess that yesterday felt like Thursday to folks in Richmond because we’re supposed to get some relatively (emphasis on “relatively”) serious snow today. There’s the potential for work/school/life getting canceled tomorrow, so today gets to pretend to be Friday, which, given the weekday pecking order, is a solid upgrade for poor old Hump Day. (Don’t get me wrong — I’m sure Monday would still kill to be Wednesday, even if it had to endure being nicknamed something so undignified.)

I say we go with it. I’m declaring today an unofficial Friday, and I have the perfect musical accompaniment — Dale Earnhardt Jr Jr’s new mixtape.

END_OF_DOCUMENT_TOKEN_TO_BE_REPLACED

There are goodbyes, there are “See you later”s, and then there are the farewells that fall somewhere in between.

Major changes in the way we buy (or, ya know, don’t buy) music have forced us to get used to seeing record stores shut their doors, but BK Music’s closing doesn’t follow that same sad narrative. Sales weren’t tanking. The rent wasn’t going unpaid. BK was a healthy store, offering top-notch customer service and an inviting atmosphere, and its doors facing east on Midlothian Turnpike would still be open today had its landlord not decided (coldly, in my opinion) to use that space for something else. Because BK’s case is so different, and because I know that Bill is planning on opening up elsewhere as soon as possible, I thought about writing a “Whenever a door closes, a window opens”-ish post, one that was heavy on the optimism and light on the retrospect. But focusing exclusively on the future fails to honor the past, and there’s a past that’s definitely worth honoring here.

END_OF_DOCUMENT_TOKEN_TO_BE_REPLACED

I’ve been in a funk lately. A writing funk, a general happiness funk… basically I’ve been a walking avatar for a certain James Brown song.

Duke’s Saturday overtime loss to Syracuse — a symphony of raised and dashed hopes — can be blamed for a portion of this malaise, but my blog block dates all the way back to Grammy night. It started with a simple mistake — following along on Twitter. What I saw was as disheartening as it was difficult to detach myself from, this strange and sad parade of cynicism that was chuckle-worthy one minute, homophobic the next, and mean all the way through. I can’t imagine last year was all smiles and kittens, and I enjoyed the jokes about Pharrell’s hat as much as anyone else, but something felt different this time.

One difference is clear — I had an emotional stake in one of the groups that drew the sharpest criticism. I’ve been a fan of Macklemore & Ryan Lewis since October of 2012, when I discovered “Thrift Shop” via Reddit. I loved it for all the reasons listed here. It was fun and clever, with a message that rang true for me (“$50 for a t-shirt…”). Then I heard “Same Love,” and my respect for the duo grew. I think people of the same sex should be able to marry one another, and I saw the group’s participation in the campaign to sway Washington’s referendum on marriage equality as admirable. Doing the right thing. The song never seemed perfect, but it felt profoundly good to me, in the way that certain people or actions strike you as a net positive in/to/for the world. As a result, I watched the duo’s rise in notoriety with glee, like I was watching close friends succeed at the thing they’re most passionate about. Now, I’m watching with despair as their names and music are maligned in all sorts of ways.

I’ve been trying to figure out how to write about this, because there’s a lot to say, and it’s not the easiest subject matter to wade through. Race. Sexual orientation. Cultural appropriation. This is swampy stuff, and I have to admit to feeling a little out of my depth. I don’t have advanced degrees in any related fields, and my familiarity with the term “cultural appropriation” dates only as far back as the release of Miley Cyrus’ “We Can’t Stop” video. I’m also biased in a way that I have to acknowledge and account for. Like Macklemore, I am white, male, straight and strongly in favor of marriage equality. Throw in a fervent love for crate digging at thrift shops and I may be the most biased person in this situation whose name isn’t Ben Haggerty or Ryan Lewis.

That said, there are a few things I have to say or I’ll be mad at myself for not saying them. You can decide how much weight they carry, based on the disclaimers I provided in the previous paragraph. I apologize in advance for how sanctimonious some of them are.