As they did last year, Bandcamp is commemorating Juneteenth by hosting a fee-free Friday. 100% of the platform’s cut of sales will go to the NAACP Legal Defense Fund, so it’s a great day to pick up some new music.

I had a quick quartet of recommendations I’d like to throw out there, in case you’re looking for some inspiration: 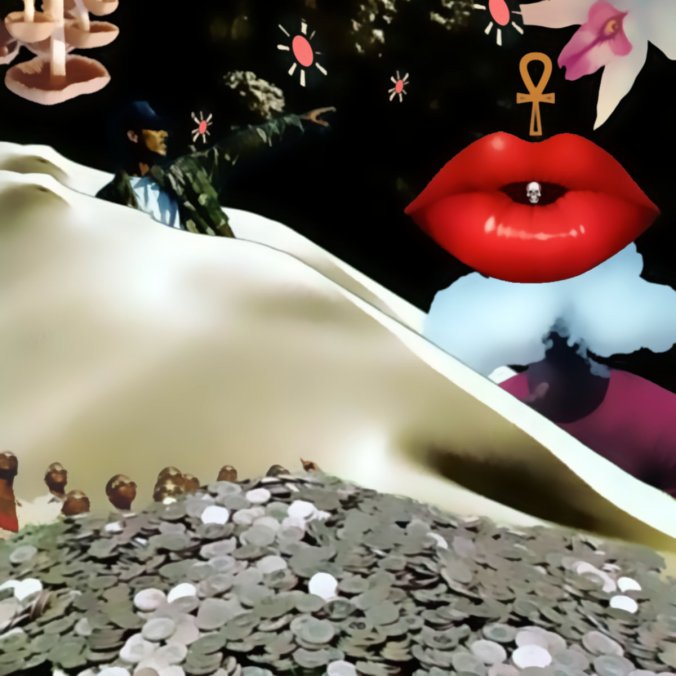 New Ohbliv. If you rilly know, you know.

Leaving Records just announced this one, and I would very much like one of the 250 cassette copies to be sent to my house. Two guitarists I dig a great deal joining forces.

Charles Owens on sax, Andrew Randazzo on bass, DJ Harrison, drumming — excellence all around. This whole album is killer, but I must ask you to take five and a half minutes out of your day to give their version of “Rainbow Connection” a listen. It’s so wonderful. I’m especially fond of the interplay between Owens and Randazzo — how they team up to convey the song’s timeless lyricism. I think I’ve listened to it a dozen times since last weekend. Hoping to hear it when the Trio opens for Butcher Brown (long night for Randazzo and DJ Harrison!) at Friday Cheers next weekend.

Speaking of Butcher Brown, I had the pleasure of interviewing the band for Style Weekly, and the article went up earlier this week. I hope you’ll give it a read. Butcher Brown is as close to the beating heart of Richmond’s music scene as a band could be, and it was an honor and a joy speaking with them about their path through and out of 2020.

Also very much recommend giving their new ENCORE EP a listen. These five tunes were recorded during the #KingButch sessions, and while they may not have fit the scope of that album, they form a top-shelf 15 minutes of listening, every bit as varied and vibey as the tracks that did appear on the LP.

Speaking of varied and vibey, I’m a big fan of the music Kelli Strawbridge has been releasing as tangent. He shared a four-song EP entitled The Great Society in May, and its greatness is rooted in Strawbridge’s versatility. All instruments and vocals done by Kelli.  It’s such an impressive skill set, and I love how “northerneck” explores the areas of his expertise.

Speaking of Hustle Season podcast hosts with incredible skill sets, this tune from Reggie Pace featuring Lydia Adelaide has been a constant car ride companion since it was released in May. Amazing how it manages to evolve and unfold over the course of just two and a half minutes.

Side note: If you’re not yet part of the Hustle Season Patreon, click here to fix that immediately. I listen a little each night while I’m doing dishes and putting the house to bed, and I can’t tell you how much of a difference it makes having that last part of the day be so enjoyable. As far as podcast routines go, I’d give it a resounding SLAP.

I thought I’d start off the week by sharing a song that’s been an uplifting presence in my life — Justin Golden’s new one, entitled “Arm’s Length.”

I chatted with Golden for a River City Magazine piece published at the very start of 2020, and it stands in my memory as such a rewarding conversation. It was a joy learning about Golden’s journey and influences, and about his devotion to musical preservation. Here’s one passage of that interview that stuck with me, about why he started transcribing lesser-known blues songs from the past:

What motivated you to start transcribing?

Documentation and performance. I’m not really so worried about recording it for me to put out to make money. I just want to have it in my repertoire, and be able to show it. In the blues community, some people are considered culture-bearers, or torch-bearers, and I think I’m starting to be one of those people. I feel the charge to actually get out there and do it, because that’s what I like to listen to, and another 100 years goes by and no one’s going to know how to do this…

Most of all, I love how cathartic the chorus is. I think we all need to hear that “It’s ok” from time to time, and it’s especially meaningful hearing that in between verses in which ambiguity is present.

Whatever the upcoming week brings, I bet it’ll be better with “Arm’s Length” in your life.