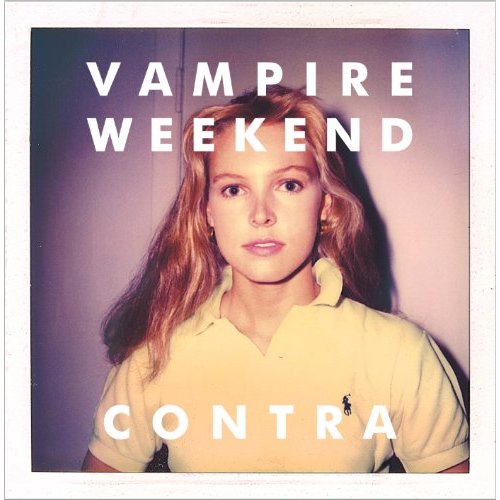 So… you’re awesome. Everyone loves you. Pitchfork loves you. Peter Gabriel is covering the song you wrote that mentions… Peter Gabriel. Now what? For artists that score a hit with their debut album, the follow-up record must be daunting. The need to balance fans’ expectations, financial success (that gold-plated robot panini press isn’t going to pay for itself) and creative ambition makes this sophomore album a particularly interesting moment in the life cycle of a band, and Vampire Weekend nailed it. Their second album Contra is one of my favorites in recent memory — a work of both savvy continuation and bold departure. I’d heard “Horchata” on the Interweb, but the first time I listened to Contra all the way through, my friend Tex brought it to my house on his iPod. No Dropbox folders, no MediaFire links, he actually came over and played the album. I checked into it, and it looks like the last time someone did that was early on in the Bronze Age (3300-1200 BCE). The experience was memorable, not just because of the way I first heard the album, but because the songs take the band’s African-influenced chamber pop to a whole new level, and I got to hear their music evolve over the course of those 36 minutes. Keyboardist and songwriter Rostam Batmanglij’s electro-soul side project Discovery seems to have been a dry run for this album, as sequencing and sampling jump to the forefront. I could talk all day about Contra (and probably will end up writing 17 more posts about it), but I’ll stop here so you can check out “Diplomat’s Son,” a fine example of Rostam’s influence on the band. Listen below and grab the album here.