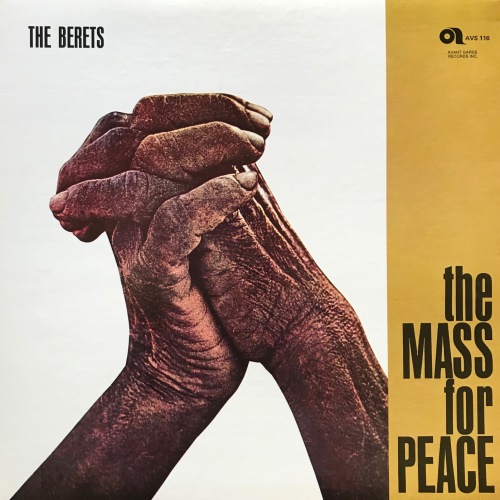 My version of church this Easter Sunday: a sideways but endearingly sincere take on the Catholic mass via an Italian psych/beat/rock band called either I Barritas, The Berets, or The Little Berets, depending on which part of the liner notes you’re looking at.

A quick snippet of those liner notes, which were written in March of 1969:

All over the world, adults have been and are concerned about the seemingly increasing lack of concern by today’s youth, of spiritual and moral values. Perhaps this is not really so. Perhaps, they simply don’t accept ours and are searching for new ways of expression which relate to their own everyday lives. With the new music of the pop field has come a new spirit, which has suggested an intense need for peace, war against violence, freedom for all peoples, a struggle against prejudice, against any special privilege or advantage … which motivates the youth of the whole world.

It is a good or bad sign that those words ring so true 50 years later? It’s hard to say. But Easter is about hope and new beginnings and who knows … maybe 2069 will be a little better than 2019.