I’m a year older. So is everyone I know. The Warriors have another championship. Sea levels are rising. Each day brings new horrors to America’s increasingly sad and bizarre political stage. Time continues its inexorable march forward.

Then again, some things are exactly the way they were at the end of 2017! Yet again:

Without further ado, let’s get this retrospective party started with a handful of alphabetically ordered EPs that I particularly enjoyed this year, starting with a two-parter that I recommend highly if you haven’t heard it/them yet: 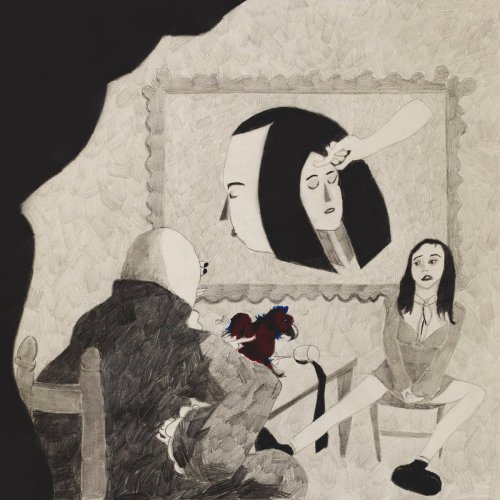 Some albums feel like fully formed universes — like you’re being invited to join something vivid and different that’s already in progress and has been for some time. That’s how it felt first encountering Jackie Cohen’s music via Spacebomb’s communication channels. From the off-kilter album art that accompanied Tacoma Night Terror Part 1 to the EP’s sound, which immediately called to mind the girl groups of the 1960s but felt more gothic and organic, somehow. It was one of those exciting “I don’t know what this is, but count me in” moments. To this day, it still feels like I’m entering and exiting a world when I start and finish this EP. Not something you come by often.

When Part 2 of the Tacoma Night Terror project was released, I started getting my hopes up about an eventual vinyl release that would compile both parts and bring the whole project full-circle, literally and figuratively. Vinyl Me Please to the rescue. The subscription service named Cohen a VMP Rising artist and pressed the Tacoma Night Terror set to gorgeous purple and blue vinyl. Its arrival and time spent on my turntable have provided a fitting sense of punctuation to a musical thread that’s run throughout my 2018.

Following along with the release of the Fearless Flyers EP was my way of peering into the greater Vulfpeck universe and looking around a bit. I’m really glad I did, because this is an exceptionally fun and funky set of songs, with a top-notch cover of “Under the Sea,” drums by the great Nate Smith, and a guest spot from Blake Mills, who contributes truly filthy slide guitar to the Flyers’ version of “Signed, Sealed, Delivered I’m Yours.” Take a listen:

Panda Bear — A Day with the Homies

This got the 2018 party started on my end. Released January 12. Exclusively on vinyl, so no sample tune to share. I find that a good measure of how the year went is looking back at the first album you really dug into in the new year and thinking about how long ago that feels. It feels like this record was release about 12 years ago. It’s a good one, though, and I’ve brought it out consistently when I’m cooking dinner and in a good mood. It’s not that the music is aggressively buoyant or anything; I think the title has really shaped my perception of the music, as has the fact that I can only listen while at home — where I tend to be more distracted and less able to zoom in on lyrics.

“Rank & File” is one of the year’s best songs, and it may not even be the best song on this three-song EP. (Don’t sleep on the wordless “Call-to-Arms.”) I’m so glad Sumney decided to share this brief collection of tunes, which have thematic roots in 2014, when a grand jury decided against indicting the police officer who shot Michael Brown in Ferguson, Missouri. I wrote about “Rank & File” in RVA Magazine earlier this year, and I zoomed in on one lyric in particular: “If we make you nervous, what is your purpose?”

That question calls attention to the mangled power dynamics at work during protests like the one Sumney attended in honor of Michael Brown — complexity that finds a musical parallel in the song’s time signature. 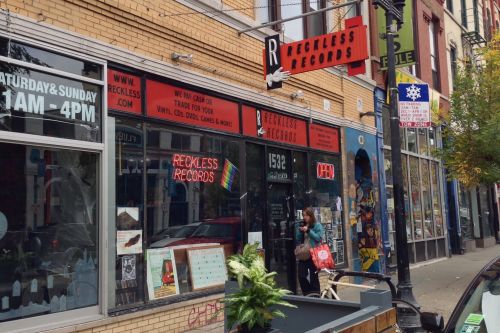 In August, I found out about this Buzzfeed list of “27 Breathtaking Record Stores You Have To Shop At Before You Die” from a tweet posted by the proprietor of one of my favorite music blogs, AnEarful. At that point, I’d been to two of them — Mississippi Records in Portland, OR and Grimey’s in Nashville — which, as I confessed at the time, made me feel like some sort of low-grade jet setter. Really, what it makes me is the kind of person who, when exploring a city for the first time, disappears for a few hours to feed a habit that’s already overfed back home. (Quick plug: I can think of a few Richmond shops that deserve to be on the sequel to that Buzzfeed list, if’n one’s ever assembled…)

I knew about Reckless Records before that list came out — I’ve gotten my brother-in-law a Reckless gift certificate or two in years past via the interweb — but reading about the store on that list gave me the nudge I needed to make seeing it firsthand a priority, and I got the opportunity to check out the Milwaukee Ave. location last weekend, when Mrs. YHT and I were in town for a wedding.

END_OF_DOCUMENT_TOKEN_TO_BE_REPLACED

You know what’s fun? Getting a sneak preview of something. There’s nothing like mixing exclusivity with instant gratification. Simply deee-vine. In just a second, I’m going to pass along a not-so-sneaky trick for getting your grubby paws on new tunes before they’re released, one that doesn’t involve going around the artist’s back and finding an involuntarily leaked copy.

Here’s the totally above-board trick… if it’s feasible, go see the band whose album you’re salivating over. Not only will you probably hear how the new material sounds live, you may even walk away with the album in hand. This happened late last year at the RVA Music Festival, when the Trillions were selling advance copies of their new album (which is fantastic), and it happened again his past Saturday night when I saw Dana Buoy open for Youth Lagoon at the Rock and Roll Hotel in Washington D.C. During his set, Buoy proprietor Dana Janssen, who is also the percussionist for a group called Akron/Family, announced that even though his debut solo album Summer Bodies isn’t out yet (it won’t be until May 8), advance copies were available for purchase at the merch table.

END_OF_DOCUMENT_TOKEN_TO_BE_REPLACED

Special Two-Part Coverage of the Most Hipster Thing I’ll Do All Summer
Part 2: There Will Be Merch

I’ve been writing this blog for three and a half months now, and (sigh) it’s time. It’s time I shared with you that… here goes… I have a merch addiction. A raging one. Show me a merch table, and I’ll show you all the cash I have in my wallet. My triggers include concerts, NASCAR races, baseball games, basketball games, political campaigns, SXSW was a t-shirt collecting shit show… it’s bad, OK? So when I walked into Saturday’s Animal Collective concert at Merriweather Post Pavilion, my love for merch and my vinyl habit teamed up, and things got a little out of hand. I snagged a t-shirt, a copy of Animal Collective’s Fall Be Kind EP on vinyl, a 7″ single of Panda Bear’s “Last Night at the Jetty,” and a lime green Merriweather Post Pavilion bag (What? Sometimes a guy needs to tote some stuff around for a few hours). Did I feel a little guilty? Sure. Did that stop me from tweeting about it once I saw that the venue’s giant screens were set to scroll through posts related to the night’s concert? Nope! I informed the entire Merriweather Post Pavilion lawn that I was “All merched up,” and gleefully watched the post scroll by a handful of times. The other tweets were far more entertaining, though. Post after post of hipsters making fun of other hipsters. It was a sight to behold — through thick-rimmed glasses, of course. While I can’t condone my merch-first-ask-questions-later approach to money management, I can wholeheartedly endorse the music I picked up. Panda Bear’s single is fantastic (as is the rest of the album) and Fall Be Kind is one of the best EPs I’ve ever heard. Check out “What Would I Want? Sky,” which is historic, in that it features the first licensed sample of a Grateful Dead song, and grab the album here. 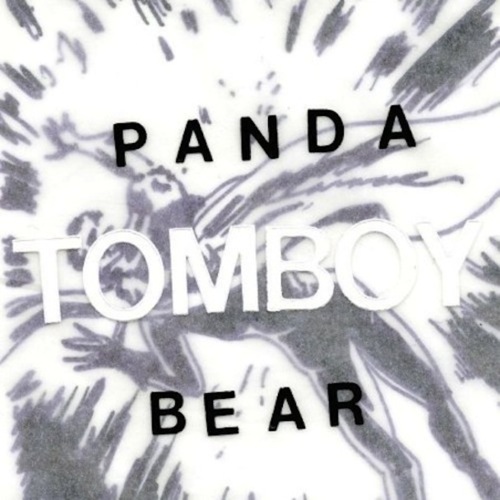 The wait is (sort of) over! Thanks to the amazing people at NPR music, we can stream the new Panda Bear record, Tomboy. I’d heard a few evolutionary versions of these tracks, and a few final cuts when Panda Bear (real name Noah Lennox) played a guest DJ set for NPR, but I’m so excited to be exploring this beautiful record in its entirety.