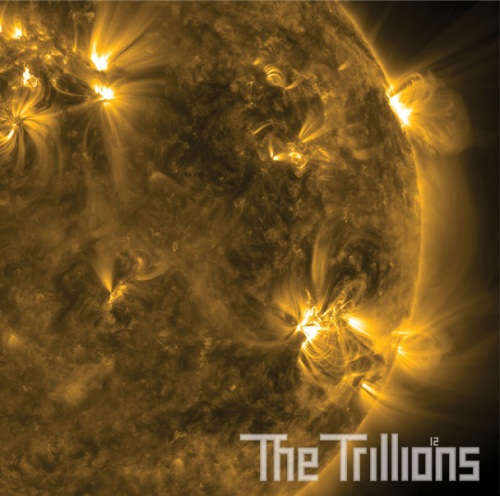 I have to begin this post by saying thank you to RVA Magazine, because the RVA Music Festival has proven to be the gift that keeps on giving. Not only did I have an incredible time on Sunday, September 11, walking between the two main stages, enjoying some of Richmond’s best home-grown music, I also walked away with a gluttonous haul of merch. If you’re a regular reader of You Hear That, you may already know about my raging merch addiction. True to form, I did my fair share of business at the merch tables at the RVA Music Fest, and even though I’m enjoying all of the spoils, I’m a bit concerned, because The Trillions are threatening to claim squatter’s rights to my car’s CD player. I’ve been listening to an advance copy of their new full-length album ever since I bought it at the festival. I can’t stop. The truth is that it’s not up to me any more, because some of the songs on the still-unnamed album are solidly stuck in my head, underpinning what might be the band’s greatest achievement: writing guitar lines, lyrics and melodies that your brain begs to hear again. From the sweeping chorus of “Win Some Lose Some” to the descending notes that open, and reappear in, “Calm Down” to the fact that saying the words “You Gotta Be Kidding Me” instantly makes the song start playing in my mind (I’m completely serious. It’s like saying “Beetlejuice” three times… Michael Keaton WILL show up), there are so many moments for which “catchy” is not a strong enough word. Add to these moments an abundance of driving rhythms, an almost supernatural aptitude for choosing guitar sounds that enhance the notes they’re expressing and an exceedingly beautiful song in “What, When, Where,” and you have a sophisticated and rewarding album that’s extremely hard to put down. Check out their performance of “Calm Down” from the RVA Music Fest below, and click here to grab your advance copy of their new album.

The Trillions — “Calm Down (live at the RVA Music Fest)“

The music gods giveth, and the music gods taketh away. I learned this lesson the hard way on May 11, 2008, when my friend Coyle and I, Radiohead tickets in hand, inched northward on I-95 towards Nissan Pavilion in a driving rain and an astounding amount of traffic, only to watch the entire duration of the show tick by on the cruel, green-blue-numbered digital clock that was built into the dash of Coyle’s Jeep Grand Cherokee by Satan himself. Turns out, the rain had washed away one of the venue’s main entrances, and along with it, my dreams of seeing Radiohead for the first time. I still haven’t seen them. Le sigh. I don’t know exactly why the music gods punished me that day (My closet top-40 habit? Accepting requests for “Freebird?” Downloading mp3s with Kazaa in college?), but I do know why they were pissed at me this past Sunday — waiting until the last minute to print my RVA Music Fest tickets. As I scrambled to find a working printer, I had flashbacks of that May evening, not just because I was running late, but because I was filled with excitement as I rushed to see another band for the first time: White Laces. Thankfully, there was no Radiohead repeat. The music gods were in a giving mood, and I made it in time to see the last three songs, which were worthy of every bit of the anticipation. Not only did I get to experience how sublimely weighty “Sick of Summer” feels in person (this song has a transfixing gravity to it — the drums and bass had me mesmerized all the way through to the final explosive moments), I also got to hear a really cool, winding, stopping, starting new tune that I learned will be included on a 7” single the band is recording this weekend at Mystic Fortress studio in Roanoke. I can’t wait to hear that one again, and I can’t wait for the 10” record coming out in mid-November that will feature one of my favorite White Laces tunes of all, “Hands In Mexico.” Check out the song’s delectably sinister video above, listen to “Sick of Summer” below, grab their self-titled EP here, and learn from my mistake — never wait until the last minute to print your tickets. The music gods don’t like it, and printers are pure, unadulterated evil. 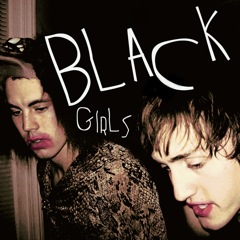 Gregg Gillis said it best. Near the end of his set, the most high-profile performer of the night pointed out*, while standing atop his Panasonic Toughbook’s necessarily sturdy table, that he’s been to tons of festivals, but it was special to see so much of Richmond in the inaugural RVA Music Fest. RVA Magazine did a truly great job organizing, as Sunday was an outstanding snapshot of some of Richmond’s best musicians, and I felt really lucky to be there. One of the bands that reinforced that feeling most was Black Girls. I think everyone’s experienced this moment — you’re at a show, and a performance so totally and completely fills the space around you that the room/theater/amphitheater you’re in feels tiny in comparison to the size of the moment you’re in. Black Girls set up shop in exactly that type of moment on Sunday, giving an amazing show that preceded Stage Two’s headlining act, No BS! Brass Band. In a chaotic festival setting, where people had only moments ago been milling around, snagging (delicious) tacos from Nate’s Taco Truck, Black Girls seemed totally in control, belting out danceable, falsetto-fueled rock and soul songs with a captivating swagger that emanated from every corner of the band. Plus, I got my wish and members of No BS! joined them onstage for closing song “Broadway,” a tune that joyously melds the two bands’ upbeat personalities. Check out the studio version of their collaboration below, pick up Black Girls’ self-titled album here, and the vinyl-inclined can grab the two bands’ split 7″ here.

*I’m paraphrasing here. By this point, dancing had supplanted any sort of note taking, mental or otherwise. Though no direct quotes are available, we can safely assume that I yelled “Oh shit!” when “Thriller” kicked in. UPDATE — Who needs a memory when you have YouTube? Here’s the clip. 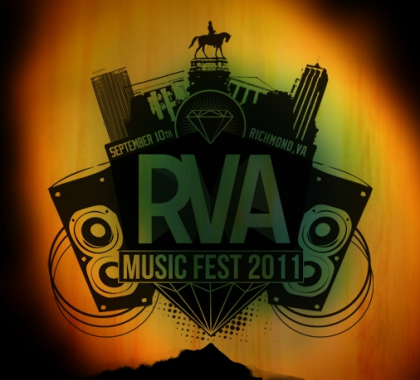 The inaugural RVA Music Fest is upon us, and I’m DEFCON 6 excited. Sure, the Girl Talk show will be a fun, sweaty mess, but the majority of my excitement stems from the fact that the festival promises to be a real celebration of the talented musicians that call Richmond home. I have to confess, when I started writing You Hear That in March, I didn’t realize how much I’d enjoy learning about Richmond’s home-grown bands. In the months since, my eyes have been opened by some amazing and creative groups, many of which are playing this weekend. Plans for Saturday have not crystallized yet, but here’s my Sunday game plan. Step 1: White Laces (Sunday @ 4:40 pm on Stage One). I loved their self-titled EP, and their new track “Hands In Mexico” totally blows my mind. Fingers crossed that they crank it up to Lynchburg volume. Step 2: Black Girls (Sunday @ 6:50 pm on Stage Two). I jumped on the Black Girls bandwagon when I heard their swinging tune “Broadway,” and fell for them even more when I found the live version of “South Carolina” that they recorded during hurricane Irene. Maybe if I’m good they’ll do a song with… Step 3: No BS! Brass Band (Sunday @ 7:40 pm on Stage Two). Unlike White Laces and Black Girls, I have seen No BS a few times, and each show has left me with a huge smile on my face. They’re a true Richmond treasure, so don’t miss this one (even if it means skipping out on some of Best Coast). Lastly… Step 4: Girl Talk (Sunday @ 8:45 pm on Stage One) — the aforementioned fun, sweaty mess. I can’t wait. Make your own game plan by checking out some sample songs below, getting your tickets here, and following this link for all the info you’ll need to attend. See you there!