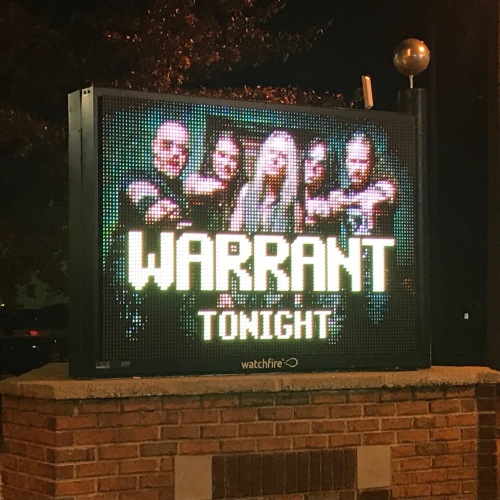 Heaven isn’t too far away, y’all.

Regardless of your beliefs on what awaits in the afterlife, Hopewell isn’t that far a drive for those of us who live in Richmond, and I can confirm that the Beacon Theatre is truly a heavenly place to see a concert.

I was in the area a few weeks back, on a Friday that was mostly spent exploring the past and present of Petersburg, VA. Good beer, lots of history, and evidence all over town of the film being shot there based on the story of Harriet Tubman.

That night, I got to see the results of a very different kind of historical project — the restoration of the Beacon Theatre, which originally opened in 1928 as a silent movie theater but was left vacant starting in 1981. Intentions to reopen the space turned into action in the late 1990’s, and in 2014, the Beacon reopened its doors as a music venue with beautiful bright red seats and carpets, balcony seating, and the air of grandeur you’d expect given the theater’s vintage.

And what better way to experience that grandeur for the first time than a band whose double-platinum selling debut album was called Dirty Rotten Filthy Stinking Rich? That’s right: I got to see Warrant in all of their hair-flinging, riff-spitting glory. It was quite a moment: Warrant had that room in a feverish state, with longtime fans and younger attendees alike on their feet and shouting out lyrics — especially the ones to the debut album’s title song.

If you haven’t heard it, listen below. And if you haven’t yet been to the Beacon in its current form, take a look at the schedule here and make a plan to head to Hopewell. You’ll be happy you did.