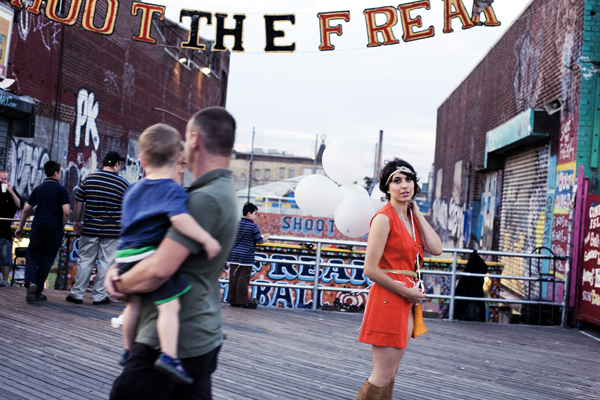 We live in a cynical world. A world full of misinformation, self interest, greed and deception, one that’s trained us to question everything we see, hear, smell, taste and feel. For crying out loud, we can’t even walk our friends and family to the gate at the airport anymore, which makes this heartwarming moment heartbreakingly impossible. I love that scene. This is the best we can do now. Sigh. Plus, all this skepticism means that when you encounter real sincerity, whether it’s in another person, or a gesture, or a piece of art, it can be downright alarming. But you know what? It’s also unmistakable. It jumps out at you. I recently encountered a song that jumped out at me thanks to its inherent sweetness and sincerity, and I’ve been playing it a few times in a row whenever I need a reminder that the world isn’t as hard-hearted as it may seem sometimes. I’m talking about “If You Don’t Want To Be Alone” by Firehorse, one of the bands I learned about from All Songs Considered’s fantastic CMJ recap episode. “If You Don’t Want To Be Alone” is written from the perspective of a person who’s yearning for a loved one to return home, and it paints a picture of unconditional devotion and steadfast companionship that makes every cynical notion in my body melt away, with lines like “You can come back whenever you’d like” and “If you need rest, I’ll stay right by your side.” And the lyrics aren’t the only touching part of the song — the arrangement reinforces this narrative beautifully. Singer Leah Siegel’s voice is set against a backdrop of sparse instrumentation, reverb-soaked and distorted guitars and fading echoes of indeterminate origin, making her words seem like an earnest oasis of humanity in a vast and frightening sonic darkness. That image of a small light shining brightly in the dark was so moving during one particular cluster of repeated listens that I tweeted at her so I could say thank you for improving my afternoon, and that her album And So They Ran Faster… was exactly what I needed to hear at that particular moment. Sure enough, she sent back a short note of thanks that exhibited the same genuineness that drew me to her music in the first place. Much like her song, it was the kind of exchange that makes the rest of the world feel a little less cynical, which counts for a lot in my book. Give a listen to “If You Don’t Want To Be Alone” below, buy the album here, and click here to learn about the charitable organization for which the song was originally written, the Topsy Foundation.

Firehorse — “If You Don’t Want To Be Alone“