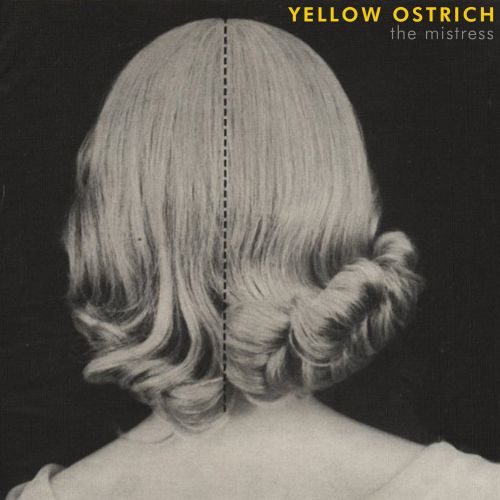 I’ve had an incredible time sorting through the music I heard about from friends and family over the Thanksgiving break, and since I haven’t done a themed week in a while, I’d like to spend the next few days exploring some of the winners. Call it “Tryptophantastic Week.” The first of these winners, Yellow Ostrich, originally came to my attention courtesy of the fact that they’d been touring as one of the openers for Ra Ra Riot. Some of my Pennsylvania-based in-laws are planning on catching the tour’s rescheduled stop in Harrisburg tomorrow, so over the weekend I introduced them to the music of the other opener, the amazing Delicate Steve (“In-laws, meet Wondervisions; Wondervisions, in-laws”) and then spent some time introducing myself to Yellow Ostrich. As it turns out, it looks like YO won’t be playing in H-burg — the venue’s website says they are, the band’s site says they’re no longer with the tour. But for my folks’ sake, I sincerely hope I’m wrong, because Yellow Ostrich has something special going on that strikes me as a hallmark of seriously good musicianship. On occasion, you’ll come across a singer whose voice has an instrumental quality, where words seem to melt away and vocals fuse with the accompanying music in the same way that any single piece of a well-oiled orchestra blends in with its compatriots to create a cohesive musical expression. It’s extremely rare (Thom Yorke of Radiohead and Jónsi Birgisson of Sigur Rós are two canonized practitioners), but Yellow Ostrich exhibits that same quality, and their song “Mary” takes this idea to another level. “Mary” is a gorgeous song that starts out with carefully layered vocals that build until they they sound almost exactly like an accordion that’s expanding and contracting. I can’t tell you how much I love that real voices, which are created by breath escaping human lungs and traveling over vocal chords, are being used to mimic an instrument that, itself, mimics the production of the human voice. The resulting effect forms a conceptual loop that’s cooler than I can possibly describe, so listen for yourself below and click here to buy Yellow Ostrich’s album, The Mistress.