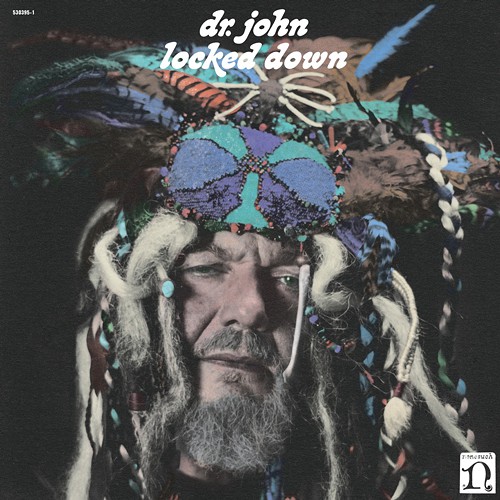 The role of the record producer has always been somewhat mysterious to me. I mean, I think I have a pretty good idea of what they do — recruit backing musicians; oversee tracking, mixing and mastering; provide general creative direction, yadda, yadda, yadda — but when I was younger, I pictured the producer as a suit-wearing, arms-crossing grump who hung out in the control room, called people “baby” and yelled things like “You tell that sonofabitch that I’ll rip his head off and shit down his throat!” into a Zack Morris cell phone. Crazy, right? And I realize now that the linchpin that held this warped mental image together was the assumption that the producer was older, wiser and more powerful than the musicians.

Two recent albums have helped sweep away the few remaining shards of this ridiculous image, in large part because their producers are a whole generation younger than the artists they’re advising, and because the artists are already legends in the recording industry. The first of the albums was Mavis Staples’ You Are Not Alone, on which Jeff Tweedy of Wilco — 28 years her junior — has the producer’s credit (he wrote a few songs and played some guitar as well). In a way, it felt like he was curating as much as he was producing and participating, given Staples’ place in the soul canon and the reverence that Tweedy showed in all the interviews that accompanied the album’s release. The whole project had a wonderfully positive feeling to it, and the album itself is fantastic (I wrote a short post about it last May).

I got that same warm, fuzzy feeling the other day when I heard an NPR story about how 32-year-old Dan Auerbach of the Black Keys (Did you know his middle name is Quine? Isn’t that an awesome middle name?) sought out 71-year-old New Orleans icon Mac Rebennack, better known by the stage name Dr. John, for a recording project that would end up being titled Locked Down. I was so happy to hear in Auerbach’s interview with NPR the same reverence that I heard in Jeff Tweedy’s comments about Mavis Staples, that same curatorial mindset that seeks to elevate that which may have fallen into underappreciation. And Auerbach didn’t just surround Rebennack with youthful energy and younger musicians; the Black Key pushed Rebennack to write intensely personal music. For an artist who made it into the Rock and Roll Hall of Fame by playing good-time, Mardi Gras-friendly rhythm and blues, this represents a significant departure.

But the remarkable thing about Locked Down is how natural Rebennack sounds singing about the hardships he’s experienced. The super serious subject matter present throughout sounds less like a crack in a well-guarded public persona than someone you respect leaning in close and whispering something that could never be said at full volume. That sense of intimacy mixes with an amazingly diverse blend of stylistic influences (the African guitar sounds are a personal favorite) to create a listening experience filled with delightful contradictions — joy alongside sadness, cognitive dissonance alongside bonnaroo, surprises alongside the familiar.

See what I mean by trying out “Revolution” below. If you dig it, click here to snag Locked Down from iTunes. I promise no one will rip off your head and shit down your throat if you do.