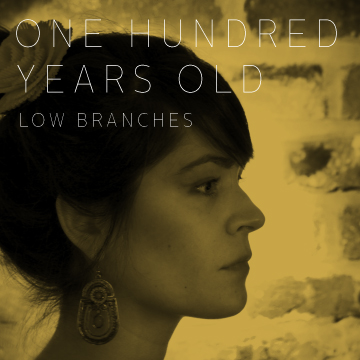 Positive feedback comes in many forms. A thumbs-up. A compliment. A vote of confidence. If you’re a dolphin performing tricks at SeaWorld, it comes in the form of a tasty, frozen fish. Yum!

But in certain situations, the best feedback of all is total silence. The Low Branches’ January 19 album release show at Gallery 5 is a wonderful example.

This was my first time seeing The Low Branches in person, but I’d heard rumors about their live performances — that they were quiet, focused affairs in which the audience gave frontwoman Christina Gleixner its undivided attention. I was curious as to what that experience was like for the performer, so when I interviewed Gleixner via email in August of last year, I asked her about the experience of playing to these types of crowds. I absolutely loved her answer, especially the second part:

I definitely enjoy that environment. It’s certainly intense, but in a good way. Without that quiet, I wouldn’t reach the same place as I do when I’m performing. I have trouble focusing among a noisy crowd, partially because it seems very strange to try and play our music over people talking. I get distracted. As a quieter band, we need to hear ourselves (and each other) to perform the songs correctly.

Another reason (and arguably the most important) quiet makes sense is that connecting to people through the music is what makes it so rewarding. Though I have that (terrifying) instinct to play music live, it isn’t something I choose because I want to get on stage and do something in front of people. It’s the audience-performer relationship that makes it worthwhile. So if there is a lack of connection, it’s hard to get into it. People don’t usually connect by moving and dancing at our shows, they connect by focusing.

It’s easy to think of the “audience-performer relationship” as something abstract or imaginary, but there’s a very real exchange going on. Think of it as an exchange of currency. (For the sake of this discussion, let’s leave the actual currency out and think solely about mid-show behavior.) The performer gives the audience something they’ve created — in the case of the One Hundred Years Old release show, a set of new songs that are beautiful, thought-provoking and emotionally affecting — and the audience gives something in return — ideally attention and applause at the end of songs. The crowd’s currency can also include things like accompaniment, if the performer asks for a sing-along, movement, if it’s prompted to “Wave your hands in the air, like you just don’t care,” or physical support, if the lead singer decides to stage-dive or walk around in a giant inflatable bubble. No two markets are the same, but the exchange I was part of two Saturdays ago felt altogether different, with a remarkable — and meaningful, I think — sense of purity to it.

Gleixner and the gang — consisting of Snowy Owl Matt Klimas on guitar; One Hundred Years Old engineer, mixer and masterer Joshua Quarles on bass; and new drummer Frederic Blasco — provided the songs. The audience, in turn, provided rapt attention. Fair enough. But having experienced it in person, I’m happy to report that this transaction felt less like trading dollars for euros and more like giving a gift to someone you care about and respect. Being a part of this particular audience-performer relationship feels good and warm, like being around that one friend who’s so amazingly thoughtful and kind that it makes you want to be more thoughtful and kind. I’d count this brand of inspiration — making people want to be better people — among the most sacred capabilities of music, alongside comfort, joy and understanding, and I can’t recommend catching a Low Branches performance highly enough.

I’d recommend One Hundred Years Old just as highly, and I invite you to preview two of my favorite tracks below and click here to buy it on Bandcamp.