I want to talk to you about value.

(No, this is not a first time home buyers’ seminar, and I’m sorry to say that there’s no free timeshare waiting for you at the end of this post.)

I want to talk to you about value because Golden Rules for Golden People, the fantastic new album from Boston-based mad pop scientists Pretty & Nice, strikes me as one of the most valuable albums I’ve ever heard.

So what makes a band’s work valuable? It is, of course, an intentionally broad question, and you could answer it in a zillion different ways. A song that reminds you of the day your son or daughter was born would have emotional value. (I’m told Aaron Copland’s Billy The Kid was playing on the radio when I popped out, which is a tad bit creepy when you consider that my father’s name was Bill.) That first pressing of Meet The Beatles your parents never let you touch has some serious historical/monetary value, while the EDM you blast to keep yourself awake while driving long stretches at night has a very specific, practical value. We could keep going, but you get the point. Circumstances, time, our needs… all these things turn a piece of music into something more than just notes and words.

That said, Golden Rules has me thinking about a totally different kind of value. Something more objective and less ascribed. Something inherent in the recording itself.

Imagine that you’re a songwriter. Or, if you are a songwriter, imagine you just sat down with your instrument and a belly full of inspiration, ready to bring a new composition into this world. Maybe you start with the melodic fragment that just rang out from the neighbor’s stupid-ass wind chime that wakes you up in the middle of the night and reminds you uncomfortably of the scene in Twister when the gang visits Helen Hunt’s aunt. Or maybe you start with a lyric, a phrase you heard someone say that accidentally rhymed or felt particularly rhythmic. Either way, a world of possibilities has opened up in front of you, and it’s your job to start making choices. Time signature. Mood. Tempo. Structure. How to use that snippet that initially inspired you. And while every new song is the product of a litany of tiny decisions, some have way more decision points than others. I bet you could even measure it.

Let’s start counting. Each lyric counts as a choice, as does each note you assign before the melody repeats. How many times you repeat that melody is a choice. How long each note lasts is a series of several choices, and every single variation — whether it’s holding a note for twice as long or changing a note to transition into the next section — counts as its own choice. If we were to extend this method of counting through to the end of the song, factoring in a set of underlying guitar or piano chords, a bass line, a drum beat and the choices involved in creating those, you’d get the number of decision points in a basic pop song. I have no idea what that number might be, but I truly believe it’s something you could tally. 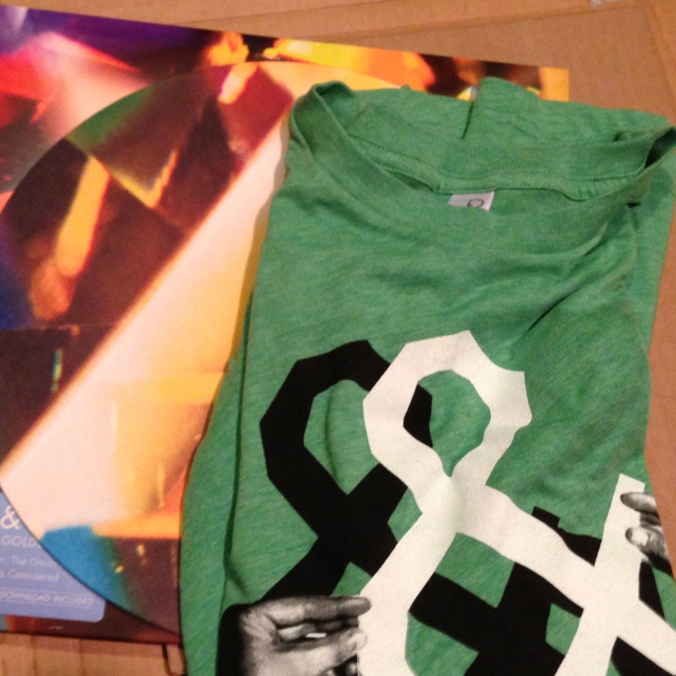 The last time I wrote about Pretty & Nice, I called their style “hyper musical.” And while it’s true that they’re high energy, that’s not the type of hyper I was talking about. In retrospect, I think I had this idea of decision points in mind all along. There’s so much going on in each song — so many sounds, so many variations, so many fun surprises. Let’s look at just the first 30 seconds of “Critters,” the third track on Golden Rules. You have a quick a cappella lead-in, multiple synth sounds, a drum beat that shifts before the song reaches its second measure, vocal harmonies, reverb-y clapping that sounds like a whip cracking, a measure that has a fifth beat added in, two different guitar sounds and absolutely nothing that spans the entire half minute. If you were to count the number of conscious decisions it took to write this song and put all of these elements in place as they appear on the album, it would make your head explode. Maybe also the head of the person standing next to you.

To me, there’s a special kind of value here. I love thinking about why bands or directors or authors made the decisions they made — how the songs, books and movies we love found their final forms. Golden Rules is a trove in this respect, a (forgive me) gold mine of intricacies waiting to be extracted and examined. Because of that, it will age completely differently than most albums. I’ll spend several listens just getting my bearings, another few paying attention to lyrics, a few more appreciating the songs as whole entities… It could be 2016 before I decide that I’ve really heard the album. How amazing is that? It’s rare for music to be so engaging and offer that kind of bang for your buck (I treated myself to a $25 bundle that included a clear vinyl copy of the album, a t-shirt and a slipmat, which was a bargain in its own right).

Along those same lines, music means more to me when I sense that it means the world to the people who made it, and you can tell that a tremendous amount of care went into Golden Rules. You can’t assemble 30 seconds of music like the opening of “Critters” without spending a wealth of time on it. You just can’t. I would love to have been a fly on the wall when P&N co-leads Jeremy Mendicino and Holden Lewis were mixing the album at John Vanderslice’s Tiny Telephone studio in San Francisco. Listening to the album and absorbing all that dedication and attention to detail second-hand is intensely satisfying, like looking inside a brand-new, hand-crafted pocket watch and seeing all the shiny little gears moving as one beautiful machine. Knowing that it’s been more than four years since the band’s last full-length and reading that “the past couple years have been difficult” for the band only sharpens this image.

Still, all this value would dissipate pretty quickly if Golden Rules for Golden People was the product of thousands of tiny and interesting but ultimately bad decisions. I may enjoy sifting through complexity, but complexity alone is no guarantee of quality, and tinkering always carries with it the potential for disjointedness. Thankfully, we don’t have to worry about that. Mendicino and Lewis are masters at seeing the trees and forest at the same time, and zooming back out of this microscopic view of decision-making yields a 35-minute collection of incredibly pleasing and surprisingly fluid pop songs that I’d recommend in the strongest possible terms. To give you a taste of what you’ll find, I’ve posted fifth track “Q_Q” below (given all the talk about quantification, it seemed particularly fitting — you’ll see why). Listen below and click here to snag the album from iTunes. If you dig it and live in or near Richmond, you’ll be happy to learn — I sure as hell was — that P&N just added a show at Strange Matter on Wednesday, June 5th.

One thought on “Pretty & Nice”