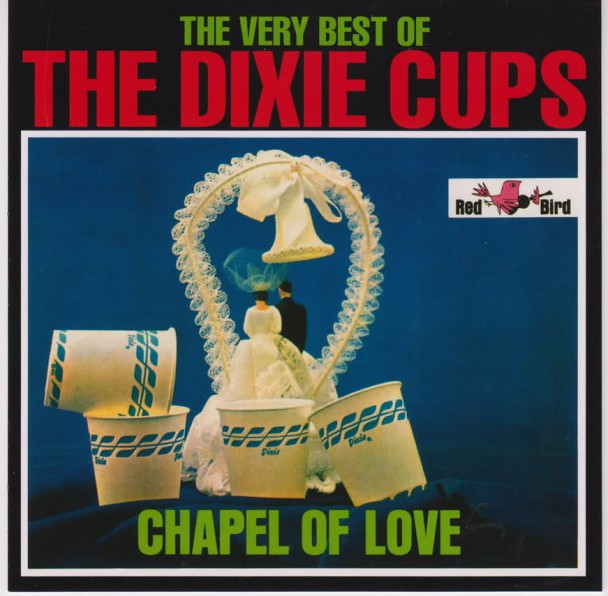 I must have run across The Dixie Cups’ version of “Iko Iko” at some point in my 29 years on this planet, but I really listened to it for the first time a few days ago, and I think I’ve listened 15 or 20 times since. It’s totally brilliant. The spareness of the arrangement and the calmness of their voices contrast so nicely with the (literally) incendiary lyrics. It reminds me of how my dad loved that Back to the Future was set in a town called “Hill Valley” — the oxymoronic name creates a sort of void, like the thing cancels itself out and doesn’t actually exist. (He was big on postmodernism in his academic work, and he had a field day with BTTF.)

The crazy thing — ironic, maybe — is that The Dixie Cups’ version of “Iko Iko” almost didn’t exist at all.

They story goes that they were messing around in the studio, singing the song for fun and banging drumsticks on ashtrays, oblivious to the fact that producers Jerry Leiber and Mike Stoller were recording. (The a cappella version makes it sound like they stopped and started again at one of the producers’ prompting, so the end result was staged on some level, but still…) Isn’t that amazing? Just imagine if Leiber and Stoller had been out of the room? The song might not exist. But it does, it was a hit, and after so many listens, it’s part of my brain now. It’s literally a part of me.

It brings into perspective how precious music is. Songs don’t have to exist. As a species, we seem to need music, as evidenced by the fact that nearly every single culture comes up with its own form of the stuff, but individual songs are like little miracles. Additions to an experience that’s already kaleidoscopic beyond measure. Every single one.

The same goes for us. We’re all here, adding something to the lives of the people around us, despite the fact that the world could (and eventually will) keep going without us. That may seem morbid, but to me, it’s a beautiful thought. Makes me feel very lucky.

2 thoughts on “The Dixie Cups”