I bought a fancy new camera not too long ago, and I’ve started, with no small amount of timidity, to take photos at the shows I’ve been going to. I haven’t managed to wean myself off the camera’s automatic settings (I was signed up to take a photography class but got sick when the date rolled around), nor have I gotten over the weirdness of moving through the crowd and putting myself directly in front of a performer, but I’m enjoying the learning process and I thought I’d share a few shots I took of the Trillions at last night’s RVA Playlist birthday party at the Camel. Hope you dig ’em.

A decent chunk of each Trillions show I attend is spent on this view. Charlie Glenn is a transcendent guitarist, and I’m not just using the word “transcendent” as a superlative. He’s one of those rare musicians who work so quickly and effortlessly that the instrument they’re playing almost disappears, like it’s incidental to the process of making the music that’s happening in their heads audible for everyone else. (I wrote about this idea after seeing Kishi Bashi at Friday Cheers last year.) It’s really something to behold. 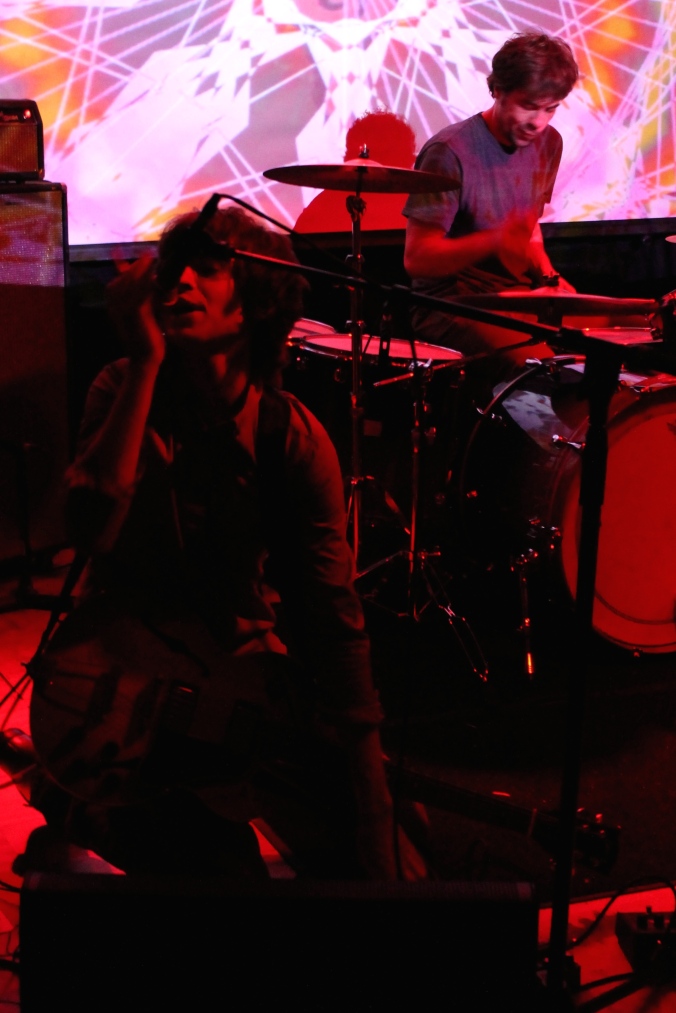 Dark one of Glenn deftly singing while plugging an instrument cable back in after it became disconnected during “When Things Go Wrong.” (The irony was not lost on Glenn, who made sure to note the song’s title at its conclusion.) One of my favorite moments from last night. 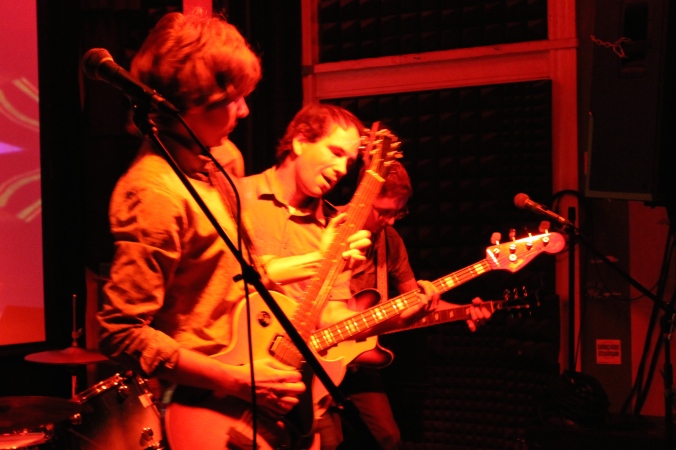 If anyone needs a band name, might I humbly suggest this photo’s unofficial title, “Blurry Cerberus“?

The band made their way through some dynamite-sounding new stuff last night, which I’ll be excited to share with y’all once it hits the interweb. For now, I’ll leave you with the song that stayed in my head well after the party wrapped up — “ICCB,” from their 2012 album Tritones.