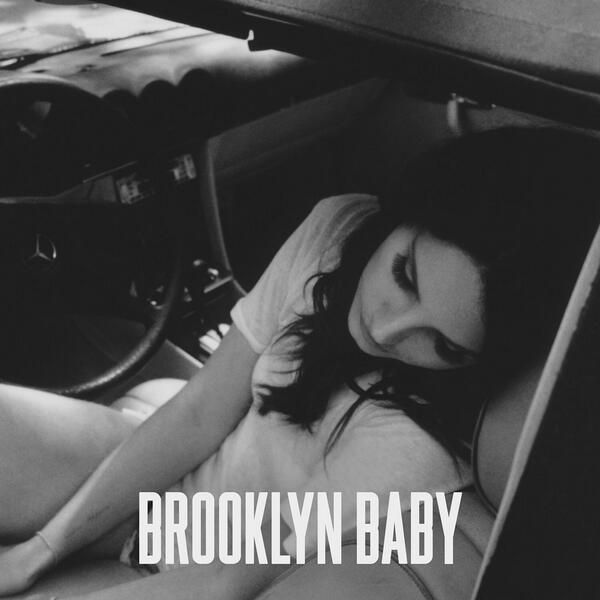 I’ve tried to stay clear of the Del Ray fray. There’s a saturation point, I think, where so much is written about an artist or album that you stop getting closer to some core truth and start drifting further away. I can’t claim to have been totally plugged in when the critical storm hit in 2012 — in fact, I don’t think I’ve listened to either of her previous albums all the way through — but it doesn’t feel to me like Lana Del Ray has gotten a totally fair shake from the music writing world, and for whatever reason, I’m compelled to give her upcoming Ultraviolence album the benefit of an open (and more attentive) mind.

“Brooklyn Baby” is a great start.

I know I’m not the first person to talk about her use of post-post-post-(insert as many as you like)-modernism, but the meaning of the lyrics is so wonderfully suspended in air, both accusatory and descriptive, with a tone that’s disaffected in a sad, worn-down kind of way. The song reflects a particular brand of self-consciousness I see more and more these days, both in culture and in everyday life — a boredom with irony that’s mixed with a surplus of introspection and a healthy dash of apathy. As a document of this particular moment in how young people live their lives and process information, “Brooklyn Baby” strikes me as incredibly incisive, and I’ve been playing it once or twice a day since it hit the interweb.

I’m not sure if you saw this, but apparently Lou Reed — whom the lyrics mention — was supposed to guest on the song, dying just before he could record his contribution. I really wish I could have heard that. Who knows what alternate readings would have been unlocked had Reed voiced some of the words. (Maybe even his own name, Peter Gabriel-style?) It goes to show how meaning really is a moving target. Time, your experiences, the weather — so much can change the way you view performers and their work, and it’s important to remember that when you’re throwing critical stones.

The stream of “Brooklyn Baby” below isn’t official, so who knows if it’ll get taken down, but here’s a YouTube link in case it does. Hope you enjoy, and I hope you have a wonderful weekend.

One thought on “Lana Del Ray”