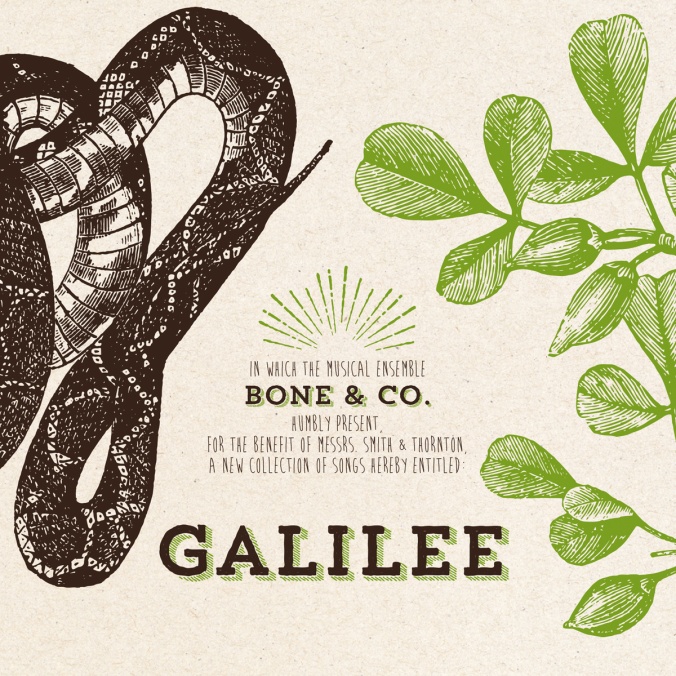 Remember that scene from Days of Thunder when Robert Duvall says, incredulously, “There ain’t nothin’ stock about a stock car”? (I hope you remember it, because I couldn’t find it on YouTube, which was a bitter disappointment. C’mon, Internet.)

That line came to mind when I listened to Bone & Company’s cover of the traditional folk song “Moonshiner.” I’ve been though periods of light obsession with four other recordings of “Moonshiner” — first Frank Hoier’s (after I saw him play it in a since-closed Richmond coffee shop I can’t recall the name of), then Bob Dylan’s, then Punch Brothers’, then Cat Power’s. They’re all fantastic, but they’re all, well, traditional. To greater and lesser degrees, they fit a template that’s been agreed upon over the years, traits acquired through a natural selection-ish process of addition and subtraction. Acoustic guitar. Fingerpicking. Long, resigned notes sung over sparse arrangements that suit the lyrics’ message of isolation. Even the Punch Brothers version, which adds layers of graceful complexity as only PB can, and Cat Power’s, with its mournful chords and atmospherics, can’t escape the song’s well-established tone. They’re evolved, but they’re still close biological relatives.

The version of “Moonshiner” recently released by Harrisonburg’s Bone & Company feels like a different animal.

The slide guitar, the stomping beat, the sharp, forceful vocal delivery — the whole feel of the song is mold-breaking. It casts the narrator in a different light, one where he’s less meek, more determined. Angrier. I imagine him walking tall, instead of slinking away into the hills. For me, it’s an utterly new way of looking at this story, and it’s proof (no pun intended) that traditional songs can be anything but traditional when you’ve got something new to say. Who knows — maybe some of the traits in this version will become part of the song’s DNA going forward.

Listen to Bone & Co.’s take on “Moonshiner” below and click here to try out their new Galilee EP. I’ve been enjoying it a great deal, and I’m hoping to make it out when they play in Richmond on July 11.

One thought on “Bone & Company”