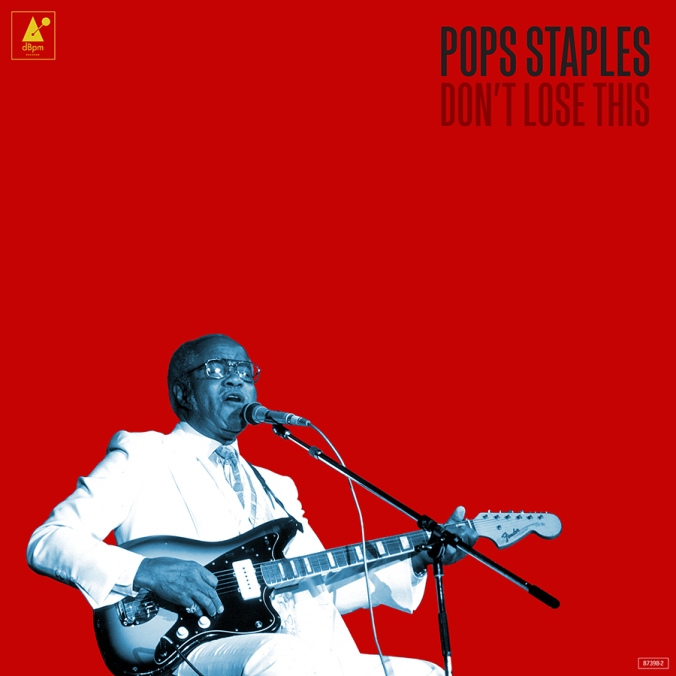 The Grammys were weird, right?

Don’t worry, I’m not here to whine about the Beck/Beyoncé thing. I’m pretty sure I’d achieve more asking my computer printer for a car loan than I would blog-complaining about who won the Album of the Year Grammy. It’s the ceremony in general I can’t stop thinking about today. Parts were OK — I liked the heartfelt tributes to victims of police violence, and I thought Sia’s Kristen Wiig assist was imaginative and fun  — but so much of the show felt like it was devised and executed by people who’d been orbiting the planet for the last year. Like organizers had been observing the music made on Earth from a distance. The awkward pairings. The myopic focus in the major categories (seemed worse than usual). The relentless and often stilted use of the word “friend” when celebrities were introducing each other. Just really, really strange.

You know what else is strange? Life. I’m not being facetious — it is.

Take Pops Staples’ new album for example. These songs were started in 1999, near the end of his life, and given to his daughter Mavis. “Don’t lose this,” he said. Years later, she turns to collaborator Jeff Tweedy and enlists his help in finishing the album. Imagine being trusted with something so sacred. Imagine being Jeff’s son Spencer and spending formative years watching your family become enmeshed with one of music’s true dynasties. The Tweedy and Staples families could have floated past one another, but life brought them together. I guess it’s not so unlikely — there’s the Chicago connection, and Jeff Tweedy’s work on Mermaid Avenue shows his appreciation for the American musical canon. Still, I keep thinking about Uncle Tupelo-era Jeff and what he’d say if you walked up to him after a gig and told him that, in a few decades, he’d practically be a member of the Staples family. Or if you went up to him in 1999 and told him his toddler would play drums on Pops Staples’ last album.

It’s wacky, but it’s the good kind of wacky — the kind that makes you realize how big the world is and how many possibilities there are out there for each of us. Last night’s Grammys had the opposite effect on me. Fortunately, today is a new day, and Don’t Lose This is streaming in full over at NPR. I feel better already.

Check out “Somebody Was Watching” below — Don’t Lose This is out next week.

Pops Staples — “Somebody Was Watching” [Spotify/iTunes]