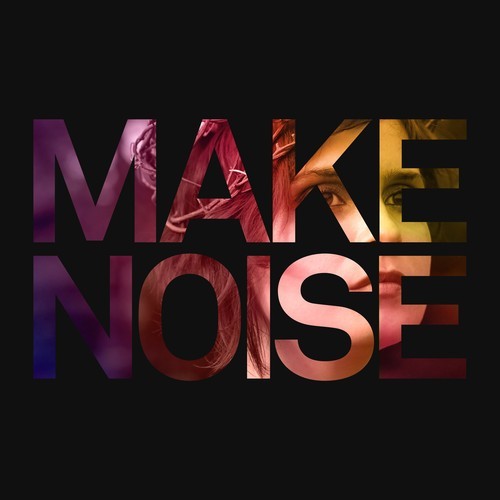 I’ve been spending lots of time with Anousheh’s new Make Noise album lately. As it happens, it’s caught me at a fairly weighty moment. Both Mrs. YHT and I have had family members pass away recently, and we’ve taken turns giving each other colds that have lingered. Those two categories of hardship certainly pack unequal emotional punches, but their confluence has been one hell of a drag. Baby YHT has been a source of happiness throughout — she’s getting bigger every day and we’ve started feeding her real foods and relishing her hilarious reactions. Still not sure whether she loves or hates applesauce. That was a fun one.

It’s entirely random that Make Noise caught me at this particular moment, but I’m glad it did, because I’ve found it to be a great comfort.

Not because its themes overlap with what I’m experiencing, necessarily. There is a wonderful specificity to the lyrics — real and focused emotional messages that are often missing from music with the pop signifiers you hear on Make Noise — but my main takeaway has been more general. I hear both sensitivity and boldness in its words, and when you’re going through difficult times, those two qualities couldn’t be more crucial. Another thing I’m finding to be remarkable about this album is how, no matter which song I start on, that feeling of compassionate strength comes rushing in right away. It’s been absorbed into the synth sounds and beats, or as “Blue Red” might put it:

The title of that song has been running through my head on a daily basis, and while I may be drifting from the song’s intended meaning, which is more romantically focused, I love the idea of combining colors that carry such distinct and contrasting connotations. Hot/cold. Passion/sadness. When you and the people you love are experiencing grief, it’s crucial to leave the door open for joy, as incongruous as it may seem. When I was younger, I assumed that the seriousness of a death or a funeral was unbreakable. But I’m learning that laughter sneaks in at unexpected moments, and while those moments of levity don’t make the weight go away, they’re proof that it’s OK for conflicting emotions to sit side-by-side inside you for a while. Or forever.

Sample two Make Noise tracks below, and click here to buy the album. Maybe you’ll find it as comforting as I have.

One thought on “Anousheh”