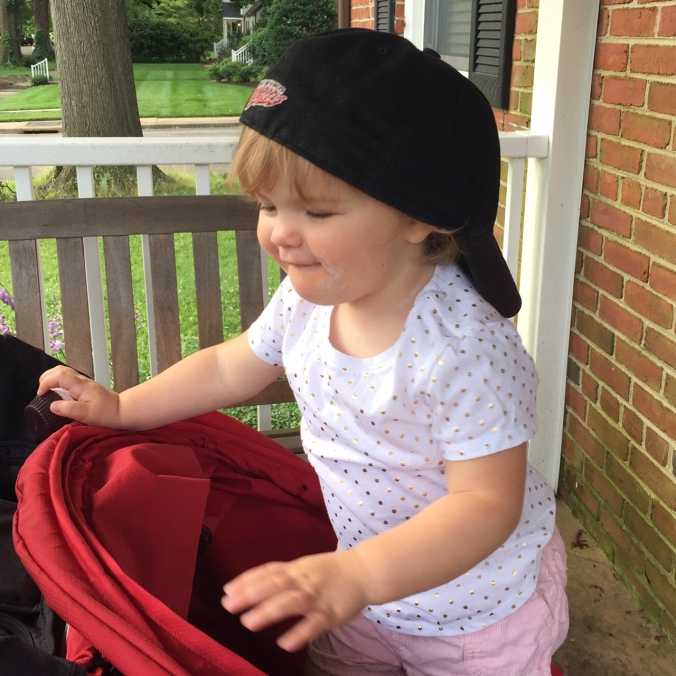 I’m having a really hard time breaking out of my Brexit WTF stupor, but here is a picture of my daughter wearing a hat that’s way too big for her, and here are a few news and notes items, for what they’re worth: