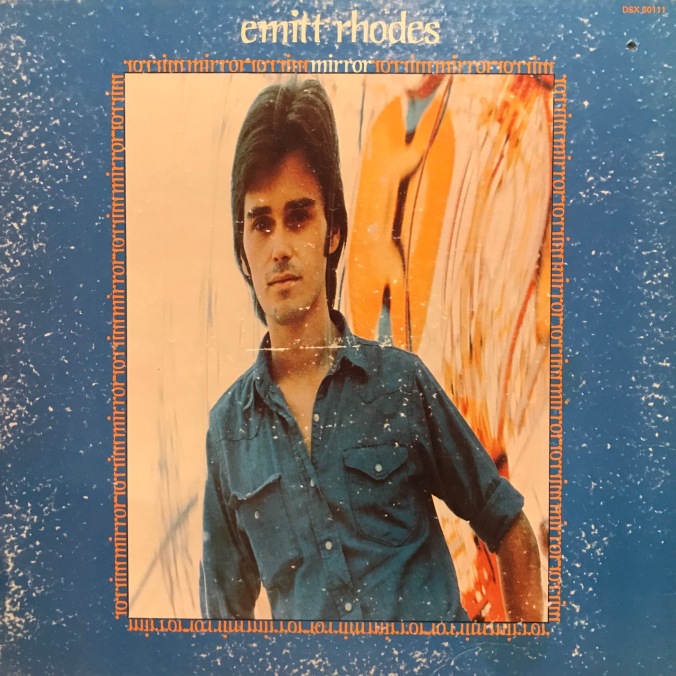 I don’t always hit up sidewalk sales, but when I do, it always seems to be at Deep Groove Records. There’s something about flipping through records in nice weather right there on Robinson Street… I love it.

I’ve had luck at their sales in the past, but nothing like this weekend. I snagged five items, and I’m going to try to do quickie posts about each of them, because I’m that psyched and can’t help sharing.

First up is Mirror, the third album from one man band Emitt Rhodes. All the instruments, all the vocals… all Rhodes, same as the self-titled album he released before this one. I have the kind folks from Sleepwalkers to thank for putting him on my radar when I first met and interviewed them. Fitting, given how versatile and studio savvy the guys from Sleepwalkers are.

The record was pretty cloudy, which might explain why it was part of a sidewalk sale, but a wood glue peel cleared things up considerably. I hadn’t heard a note of Mirror (it doesn’t seem to be available via iTunes or streaming), but much like his eponymous album, it’s excellent, especially when you factor in Rhodes’ solo approach. Right up there with Paul McCartney’s best post-Beatles output.

See what I mean: