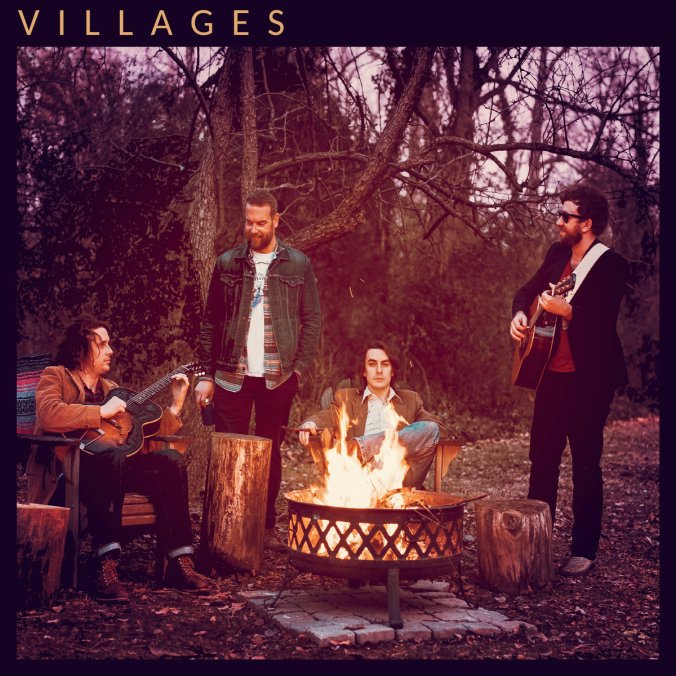 Happy summer, y’all! Now that we’re halfway through the year — with midway best-of lists popping up here and there like fireflies and hydrangeas — I’ve started looking back at the albums that have come out so far in 2018. It’s been eye-opening. This is shaping up to be a crazy-good year for Richmond music. A+ albums from Lucy Dacus, Kenneka Cook, Natalie Prass, Saw Black, Andy Jenkins, Scott Clark, Yeni Nostalji, and others, all in these first six months. It’s pretty wild. And as of tomorrow, you can add VILLAGES to that list.

Their new self-titled album is a quick listen at seven songs, and it’s even quicker in terms of resonance. These songs are easy to love right away, and while catchiness plays a part, I think an even bigger factor is the clarity of Justin Paciocco’s songwriting. In his review of John Prine’s new album, The Tree of Forgiveness, Fresh Air critic Ken Tucker referred to the “metric precision” in Prine’s songwriting. I hear that same precision in Paciocco’s songs. The pacing, the rhyming, the way narratives unfold — it all just feels right. Impeccable, but not fussed-over.

Give lead single “Everything Is Fine” a listen below. The band will be toasting to the album’s release tomorrow at the Camel alongside The Northerners and Lee Bains III & The Glory Fires. Click here for more info.