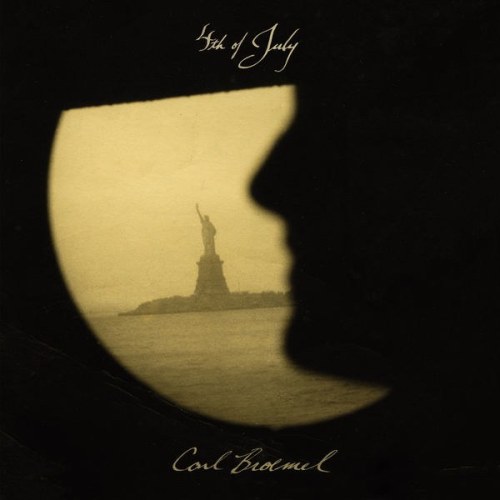 Happy 4th of July? I’ll probably say that handful of times today, but this one doesn’t feel so happy. It’s hard to dial the patriotism up to 11 when your country is doing this, and your president is celebrating like this.

I put Carl Broemel’s beautiful and largely subdued 4th of July album on the turntable this morning, thinking that spinning it meant marking the occasion with an appropriate level of exuberance. The cover art certainly hits the mark, with damp coloring and a Statue Of Liberty that registers as distant and off-balance. Still, I didn’t expect to find lyrics that spoke so directly to the current political moment:

I’ve always thought “In the Dark” was a very pretty song about insomnia and/or death and/or the way solipsism actually unites us in a weird way. Now it feels like a meditation on conscience — the idea that at the end of the day, and at the end of our lives, we all have to reckon with what we’ve done to that point. Maybe that’s a good way to “celebrate” this year’s Independence Day.

(Might I also suggest streaming Fiona Apple’s “Criminal” a few times, or directly supporting the organization to which Apple has pledged two years of “Criminal” royalties?)