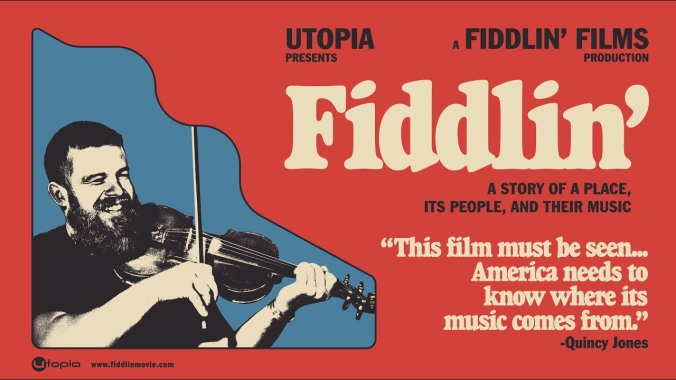 Y’all make it out to the Folk Festival this weekend?

Our weekend was packed, but I made it out for two sets I was especially invested in: Petroloukas Halkias and Vasilis Kostas playing traditional Greek music from the Epirus region (the style Christopher C. King focuses on in his book Lament from Epirus), and a performance by the Galax, VA-based Willard Gayheart Family, which included a mini-set from the namesake patriarch’s granddaughter, Dori Freeman. (If you haven’t heard Freeman’s excellent new album Every Single Star, make that the very next thing you treat your ears to.) Both groups were excellent — well worth the hectic micro-scheduling that seeing them required. As a side note, if you happened to see a grown “adult” running in plain clothes around the festival grounds in the neighborhood of noon on Saturday, Sunday, or both, just know that he felt exactly as undignified as he looked, and that he regrets nothing. (Keep an eye out for YHT-branded “Will Run for Folk Music” bumper stickers.)

As luck would have it, we’re zooming toward another opportunity for Richmond-based old-time fans to enjoy the sounds of Galax. Tomorrow (Oct. 15) evening at 7:15, the Byrd Theatre will be showing a new documentary about the Old Fiddler’s Convention, the multi-day competition that brings old-time instrumentalists from all over — and outside — the country to Galax each August. The film is called Fiddlin’, and it’s billed as “a foot-stomping celebration of true Americana and artistic expression.” I’ve never been to the convention myself, though I’ve seen a few clips and spoken to folks who are involved. It’s already on my Virginia music bucket list, and I bet it’ll be a few notches higher after tomorrow. Did I mention Dori Freeman is listed among the Fiddlin’ cast?

The showing is free (presented by JAMinc) and open to the public. Best of all, if you leave your house early enough, you won’t have to run from your car to the theater to catch the start!

Hope to see you there.