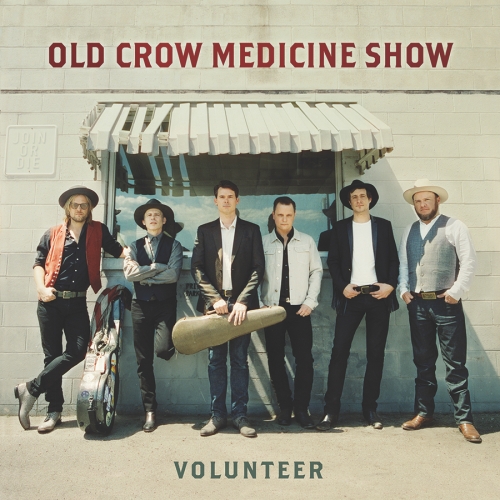 I love seeing shows at Maymont. I was just there a few weeks ago for Shovels & Rope, and it was outstanding. The surroundings are gorgeous — just inside the main Maymont gates, with rolling hills in the background and trees here, there, and everywhere. It’s a breath of fresh air — literally and figuratively — compared to many indoor (and outdoor) venues.

A few nights stand out in my memory as especially meaningful. Béla Fleck is one. Gillian Welch is way up there — seeing her pay tribute to Guy Clark by playing “Dublin Blues” was otherworldly. Another highlight was seeing Old Crow Medicine Show there in 2012, and I’m thrilled they’ll be returning to Maymont this Friday. (Tickets here.)

They’re touring behind a strong batch of new tunes in Volunteer, which was released in April of this year. Though the album features a characteristic mix of upbeat romps and slower, sweeter songs, things feel elevated on this album. “Whirlwind” tugs especially hard at nostalgic heartstrings, and “Flicker And Shine” pushes a truly frenetic pace, showing off the adrenaline-addled fifth gear that’s always set the band apart from many of its peers.

I’m especially stuck on “Shout Mountain Music,” though. While it too picks up the pace, it’s an example of how Old Crow can reach back to the roots of old time country and reveal something that feels wild and organic. And it capitalizes on one of my favorite techniques of theirs — grounding lyrics in specific geography, so they feel more real, and more connected to the places that have played a role in the living history of country and folk music. And I have to admit: Whether it’s “James River Blues” or “Shout Mountain Music,” it’s always fun to hear Richmond called out in an Old Crow tune.

Hope to see y’all there on Friday.

A few news and notes to complement your Friday…

I hope everyone has a fun weekend ahead. The band is recording all day tomorrow at Audio Verite with Pedro Aida. Trying to get three songs done. Fingers crossed…

Shovels & Rope played the song below at Friday Cheers this year, and I was insta-smitten. The choruses — each one is a little different, though they end with the same line — are so sweet and tight and concise, and I remember wanting to bottle the song up then and there. I didn’t know its name, I didn’t know when a studio recording would surface, but I knew I loved it.

Now that the studio version is here, along with a touching video (NPR has the backstory), I’m even more smitten. It’s called “St. Anne’s Parade,” and I’m posting it below so you too can happy-cry your way through Wednesday.

A few Friday News and Notes items to finish out the week:

I’ll be heading up to NYC this weekend, which makes three trips up 95 in four weekends. Yet somehow I still get a kick from zooming through E-ZPass only toll lanes. It doesn’t take much.

Wanted to check in quickly and say something here that I said on the radio last Saturday when I joined Doug Nunnally for his Sound Gaze show on WDCE:

That’s the short version, at least. The long version won’t be all that long, but I did want to point out something that I think is really special about what Shovels & Rope are doing.

END_OF_DOCUMENT_TOKEN_TO_BE_REPLACED

I try to avoid comparing bands to other bands, especially in writing, but I will share that in the days leading up to last week’s Friday Cheers, when I was trying to get people at work jazzed up about going, I told of handful of them that Shovels & Rope reminded me of The White Stripes. The two groups sound nothing alike, which makes me feel a little less guilty about broadcasting the comparison here, but they really do have a great deal in common, and I’m not just talking about their even gender distributions and intra-band romantic entanglements. I was mainly thinking about how they stage their songs.

Both bands are (I’m staying in the present tense because I’m unwilling to come to terms with The White Stripes not existing anymore) comprised of just two people, meaning that arrangements are sparse, usually just drums and guitar, both players have to be “on” around 100% of the time, and there’s seldom a bass line gluing songs together. Forgive me for extending the adhesive metaphor, but I actually went around telling people (with performance videos that I’d seen online in the back of my mind) that Shovels & Rope felt duct-taped together in amazing way, and that this was the group’s strength, not a weakness. I’ve overhyped bands before (cue “you can say that again” eye roll), but I really, really wanted my analogy to stick, for the sake of the folks I recommended the band to, sure, but mostly for me.

I tend to fall in love with bands as ideas, and this is a particularly touching one. I love that two married people — Michael Trent and Cary Ann Hearst — “made something out of nothing from a scratch and a hope,” pulling each other out of that frustrated emotional space creative types inhabit before their talents are sufficiently recognized. And I love the notion that two people can be so effective at the craft of writing and performing songs that they can travel around the country and share their music without a backing band in tow. That’s why, more than most concerts, this one felt like a test. A high-stakes showdown between expectations and reality. Could this couple shoulder the burden that, fairly or unfairly, I’d placed on their shoulders?

Yes they could, and yes they did.

END_OF_DOCUMENT_TOKEN_TO_BE_REPLACED

The Sounds of NASCAR 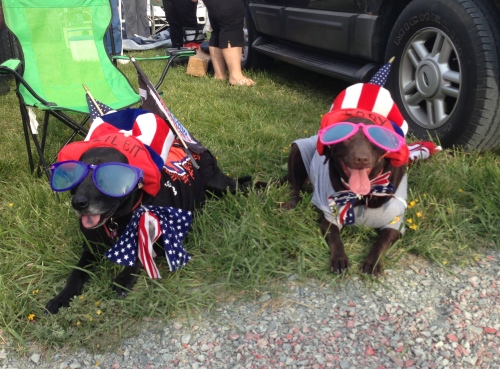 Twice a year, when NASCAR comes to Richmond International Raceway, I get really excited and my Twitter feed gets really pissy.

Judging by the tweets I see on race days, a sizable portion of the people whose interests usually align with mine wouldn’t go near the track if you paid them. Phrases like “worst day in Richmond” get thrown around left and right, and blanket accusations of racism are routinely levied against the 90,000 strong who flock to RIR for the day-long tailgate and ensuing 400-lap race.

In fairness, NASCAR’s far from perfect. As an organization, they’ve lagged behind Formula One and Indy in taking steps to reduce carbon emissions. Certainly not ideal. There’s also the consumer culture it fosters. Large, sometimes predatory corporations set up elaborate hospitality tents just outside the track, offering swag and samples in exchange for contact information, and racing teams line up dozens of brightly colored trailers in rows, hawking the overpriced, driver-branded merchandise that a staggering percentage of the crowd buys and wears, yours truly very much included. Because of all this, attending isn’t exactly a guilt-free exercise. But racism? Of the dozen-ish Saturdays I’ve spent at the raceway complex, racism played a significant role in exactly zero of them. Are there racists at RIR? I’m sure there are, just as I’m sure you could find them at Richmond Flying Squirrels games, Innsbrook After Hours concerts, the Greek Festival, Shamrock The Block, or any other situation in which a large number of people is assembled in one place. But calling a stadium full of people racist without meeting or talking to them is blatantly prejudicial, and it does nothing to advance racial sensitivity in our community.

I see it as a classic baby-bathwater situation. Sure, you can decide to never, ever go to a NASCAR race and write off the whole thing as a herd of drunk rednecks watching a few dozen sober rednecks drive around in a circle. But you’d be missing out on some of the beautiful — yes, beautiful — things I saw two Saturdays ago. The middle aged couple seated near where I was, so in love that it seemed like they spent more time smiling at one another and giving each other pecks on the cheek than they did watching the race. The family just in front of them, three generations all in one place, together, enjoying the same crisp and cloudless spring night. (The decked-out dogs at the top of the post aren’t so bad, either.) That’s heartwarming, soul-replenishing stuff. If you’re willing to look past people’s tattoos and t-shirts, you can find these scenes of excitement and bonding everywhere.

There’s a hidden depth to the tailgate scene as well, especially when it comes to music. You’d expect to find a bunch of pickup trucks with their windows rolled down playing Kenny Chesney and Skynyrd (OK, so I may have played a little Skynyrd — it was the Drive-By Truckers version of “Gimme Three Steps” if that makes it any better), but once again, when you dig a little deeper, there’s so much more going on. I decided to take a few videos as my F-150 owning friend Keith and I walked around the lot so you fine folks could get a sample of the all the non-country than can be found at one of these shindigs…

END_OF_DOCUMENT_TOKEN_TO_BE_REPLACED

If you happened to catch the musical away message I put up on Saturday morning, you already know I spent the long weekend on Chincoteague Island, which is located at the very top of Virginia’s Eastern Shore. It offers a beautiful strip of coastline, notable for its status as a National Wildlife Refuge, the wild horses that roam its dunes, and the freedom to drive your Ford F150 up and down the beach in search of the perfect fishing spot.

Having taken a few of these pickup-truckin’ trips over the sands of Chincoteague, I can report that it’s an incredible way to enjoy a day at the beach. There’s seclusion, stunning views of the ocean and bay at the same time, tasty fish waiting to gobble up the bait you throw at them… what more could you want? But this kind of freedom comes with prerequisites, and my F150-owning friend Keith mentioned two of them on our way onto the beach this past Saturday — a shovel and rope. I didn’t know this until he said something, but apparently, they’re required by law if you plan to take your 4WD vehicle on the sand, in case you forget to deflate your tires to the recommended 20 psi and end up getting stuck.

So imagine my creepedoutedness upon discovering a band yesterday, on my first full day back from the beach, called Shovels & Rope. An awesome band. A country-rocking duo of drum- and guitar-trading South Carolinians. A pair I would have been excited about regardless of what they were called. It’s super weird, and while coincidence doesn’t itself imbue meaning, this lucky bit of timing afforded instant insight into what the band’s name represents — call it a serendipitous symbolic shortcut.

END_OF_DOCUMENT_TOKEN_TO_BE_REPLACED

Tagged as Shovels & Rope, The Southern