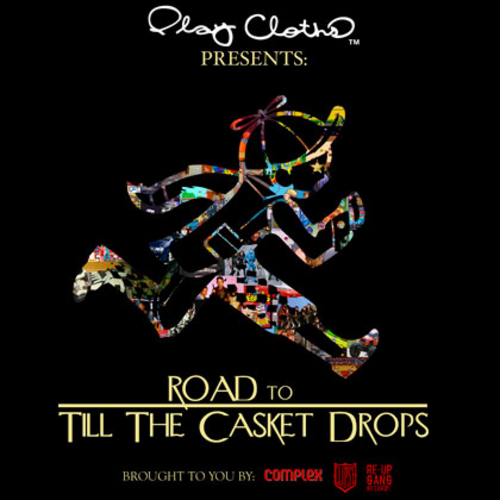 Mixtape Week: Day 1. The Artist: Clipse. The Tape: Road to Till the Casket Drops.

If collaborations are the glue that holds the world of hip hop together, mixtapes are the solvent that throws everything back into chaos. Hastily produced, legally questionable and often free of cost, these pseudo-albums typically find rappers appropriating each others’ beats as they spit a few lines in an effort to build hype for upcoming projects. They’re also a great way to get a feel for rappers you haven’t heard before (or simply haven’t heard from in a while). The latter was the case when I first read on Pitchfork about Clipse’s mixtape, Road to Till the Casket Drops. I hadn’t been keeping up with the duo, which is comprised of Virginia-based artists Malice and Pusha T, but I took notice when they released this tape in December of 2008 to promote their Play Cloths clothing line and upcoming album. Highlights include a very tight track in “Addiction,” as well as two songs, “Swagga Like Us” and “Swing Ya Rag,” that borrow beats from T.I.’s commercially successful album Paper Trail. I’d say that both of Clipse’s renditions surpass the originals, but Jay-Z appears on the original version of “Swagga Like Us,” and I’m not about to anger the music gods by insulting the great H to the Izzo V to the Izzay. Let’s just say it’s an awesome mixtape and leave it at that. Check out Clipse’s version of “Swagga Like Us” and click here to download the rest.