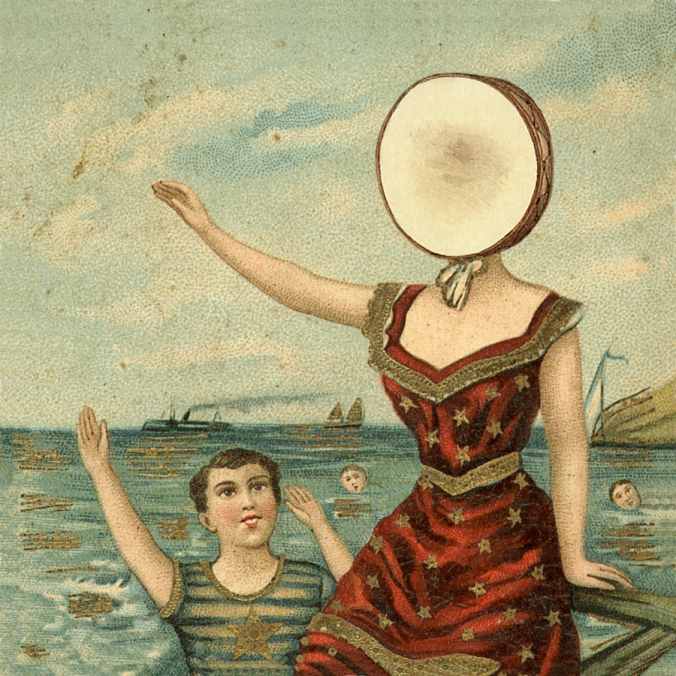 Raise your hand if you know one of these people: You’re having a conversation with a friend/coworker/family member and you admit to not having seen/heard/read a particular movie/record/book, and your admission sets off an incredulous tizzy in your friend/coworker/family member, as if you had just confessed to murdering manatees for sport. “What?!? You haven’t seen Mrs. Doubtfire?!? WHAT IS WRONG WITH YOU?!?” Those of you who are raising your hands — aren’t those tizzy throwers annoying? Amiright, you guys? [laughs nervously] OK, who am I kidding. I am, deep down, one of those over-enthused people, but I pride myself on being able to put on the poker face when people say they haven’t seen or heard a movie or song I love (Full disclosure: A few beers in, all bets are off and I likely will throw a conniption your way if you tell me you haven’t seen Mrs. Doubtfire). But I don’t think this reaction is a simple display of overabundant enthusiasm — I think there’s a hint of jealousy mixed in there, as well. Take The Wire and Breaking Bad, for example. Both are incredible shows, and whenever people say they haven’t seen one or both of them, I’m envious, because I know that when they finally do pick either one up, they’ll be embarking upon a journey that brought me a tremendous amount of enjoyment. I felt very fortunate this past week when I got to be on the other side of this phenomenon, thanks to a chat with a coworker/highly trusted source for good music who was preparing for a high-noon battle with the faceless horde of e-people who also wanted tickets to Jeff Mangum’s upcoming show in Washington, D.C. He asked if I was going to try my Ticketmaster luck as well, and I had to confess to knowing of Jeff Mangum, but never actually having listened to his iconic band Neutral Milk Hotel’s indie (I think that word actually meant something in 1998) masterpiece, In the Aeroplane Over the Sea, all the way through. I’d heard covers of the album’s title and opening tracks, but that was about it, aside from a quick look at his recent performance at Occupy Wall Street. My coworker (excited, but without a hint of incredulous spazzing, to his credit) shared his affinity for the record, and as soon as I could, I started my own Aeroplane journey. The expectations were so high, and so much has been said about the album, but my first run through from beginning to end was still rewarding and full of surprises. There are so many avenues, dark corners, explosive moments and mood swings that I was completely enthralled, and that sense of immersion hasn’t gone away after subsequent listens. It’s so easy to get sucked into In the Aeroplane Over the Sea — the way songs bleed into one another makes for an eerie, page-turning experience, with these juxtapositions building a dramatic tension that’s dialed up even more by a landscape of overdriven guitars, sometimes-disturbing imagery (all the probing and fingers and body parts make you think you’re reading the dream journal of an overworked surgeon) and carnival-like sonic chaos. It really is worthy of every bit of praise that’s been heaped its way over the years and [puts on poker face] I highly recommend you give the album a try. Start with opening cut “King of Carrot Flowers Pt. 1” below, and if you like it, continue the roller coaster ride by buying the album here (you wont be alone — it was the 6th best selling vinyl record in 2008, a full decade after it’s original release).