I have some pretty strange eating habits. Mind if I share one? I promise to make it snappy. It involves Hot Tamales, which are almost certainly Mrs. YHT’s favorite non-chocolate candy. Whenever I manage to wrest one away from her, I apply squishing pressure to either end of the capsule-shaped Tamale until it looks like how movies sometimes depict catastrophic explosions in space (it more closely resembles this yo-yo, but that’s not nearly as dramatic, is it?). Once the capsule’s modification is complete, down the hatch it goes. I don’t know how my Hot Tamale ritual started, and I sure as hell don’t know why it makes me so happy. It just does.

I have a listening habit just as idiosyncratic that I’d like to share, and unlike the candy custom above, you can join in on the fun right this very minute! It has to do with cover songs. Often, when I find a cover I really like, I’ll listen to it, then listen to the original version, then the cover again, then the original again, cover, original, cover, original, over and over, until I absolutely, positively have to take my headphones off and and pay attention to something else. A little crazy, right? I’d say it’s like being a tennis spectator, glancing left and right to follow a rally, but if I’m being honest, it’s more like being the ball. And as nutty as it may sound, I could go on forever like that, comparing the songs, finding little differences in the phrasing of the lyrics, trying to imagine why certain decisions were made during the respective recording processes.

Wanna play a little cover tennis? C’mooooooon, it’s super fun. I’ve picked out three pairs of tunes, and I’ve even assigned a tennis player (two of whom are competing in the London Olympics) to each pair, based on how obsessed with them I’ve become. So let’s crack open a new tube of balls, take a sniff — because it’s the best smell in the universe — and get to thwackin’! 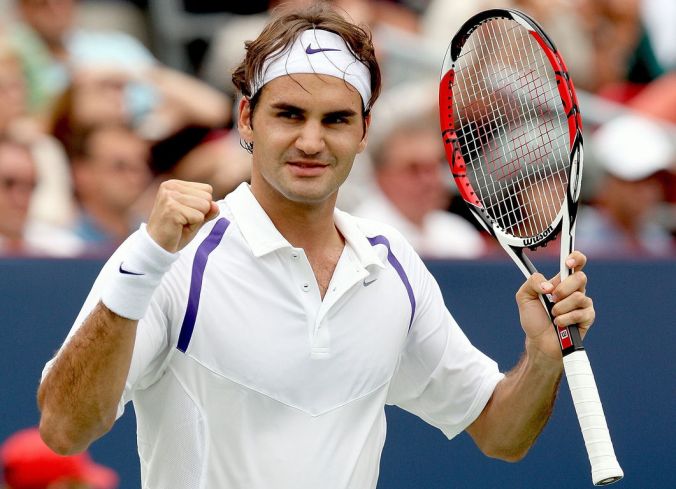 As of Wimbledon, my boy Federer’s back on top. All you Djokovic fans are just gonna have to deal with it.

The current, undisputed top dog — the Roger Federer of repetitious listening — is “Atlantic City.” The tune first appeared on Bruce Springsteen’s beautifully stripped down Nebraska album, a collection of cassette tape demo recordings so powerful that Springsteen decided to jettison the studio versions and release the demos instead. The album’s lightning-in-a-bottle legend makes for an uphill battle cover-wise, given that you wouldn’t want to dress the songs up too much, lest you dilute the power of Springsteen’s storytelling.

But never fear — Levon is here.

The working-class subject matter found on Nebraska is right in Helm’s wheelhouse, and this version of “Atlantic City” gives the song increased depth (I love the mandolin/accordion combo), while at the same time distilling some of the more crowded lyrics. Add in one of the best opening lines in any song ever — “Well they blew up the chicken man in Philly last night” — and you got yourself a song that impossible to put down, no matter which version’s burning up your earbuds. 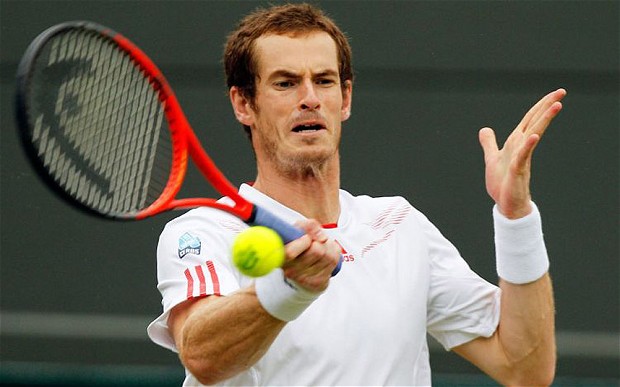 OK, so Andy Murray is no spring chicken, but that first set against Federer in the Wimbledon final made it seem like he’s ready to make the leap.

The Song: “Play With Fire”
Original By: The Rolling Stones
Covered By: First Aid Kit

My most recent (and most rapidly growing) cover obsession is “Play With Fire” — a Rolling Stones B-side that I first encountered on the soundtrack to Wes Anderson’s The Darjeeling Limited (Anderson’s soundtracks are always dynamite, and NPR recently interviewed his music supervisor, whose job it is to track down the rights to each song –well worth a listen/read).

First Aid Kit’s pleasant-sounding cover is sneakily brilliant, toying with the menacing nature of the song’s lyrics (and its writers). With the child-like xylophone in the background, the sisters’ voices sound sweet and creepy all at once, draping a layer of cognitive dissonance over an original version that sounds more demonic each time I listen to it. Going back and forth between the two is exactly like watching The Shining – alternating suspense and gore gradually increase your uneasiness until find yourself running through a hedge maze in the snow with Jack Nicholson in hot (well, cold) pursuit. Fun times!

I’m a big Federer fan and all, but Pete Sampras is untouchable. The dude married Veronica Vaughn, for crying out loud!

The Song: “A Case Of You”
Original By: Joni Mitchell
Covered By: James Blake (music James Blake, not tennis James Blake)

Oh lordy. If I had a nickel… I have listened to these two versions of “A Case Of You” back-to-back so many times, and it’s gotten to the point where I can’t listen to one without immediately playing the other. I love them together like that celebrity couple you desperately hope never splits. Like a pair of animals that shouldn’t be friends but are. LIKE FORREST AND GODDMAN JENNY.

Yes, I went there.

James Blake’s off-kilter piano phrasing is the perfect complement to Joni Mitchell’s off-kilter vocal phrasing, and the two versions together make one quirky, gorgeous, and infinitely listenable whole. But here’s the thing — I’m pretty sure Blake’s piano and Mitchell’s vocals would sound terrible together, even if they were mashed up in the finest studio on planet Earth. They belong together, separately. That seems wildly romantic to me, in some bizarre, anthropomorphic way, and if that makes me a weirdo, then so be it.

Joni Mitchell — “A Case Of You” [Spotify/iTunes]

James Blake — “A Case Of You” (Joni Mitchell cover) [Spotify/iTunes]

Game, set aaaaaand match! I hope you enjoyed cover tennis! Be sure to replenish your electrolytes before operating any heavy machinery.