So I forgot to put up a Halloween post, which is incredibly lame. But there’s no way in hell I’m letting one of my favorite holidays go uncelebrated. (Somewhere online I saw the word “Halloweekend” used to describe the next few days, so I know I’m not the only one holding on just a little longer.) Call it a… Halloween retrospective. Yeah, that’s the ticket. 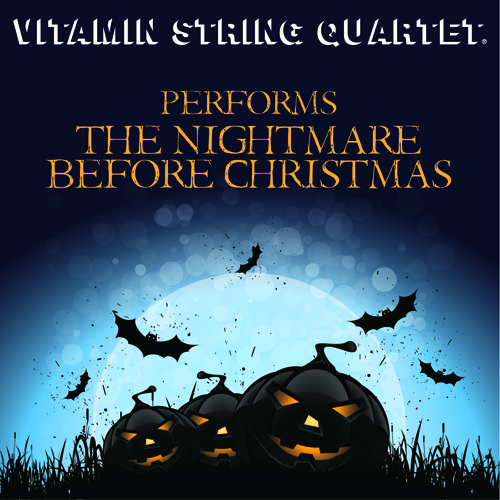 First up, the music that accompanied the trick-or-treating hours at YHT headquarters. Just in time for Halloween, Vitamin String Quartet released a tribute to The Nightmare Before Christmas, and I had so much fun while I was listening that I played the thing all the way through twice. I could have played it a hundred times — I will never fall out of love with The Nightmare Before Christmas. It manages to fuse two wildly divergent traditions so inextricably that it really is impossible to say whether it’s a Halloween movie or a Christmas movie. It’s incredible — a holiday movie you can legitimately watch in two different seasons. And the score is just freakishly good. From the standard-bearing “This Is Halloween” to the irresistible, swinging “Oogie Boogie’s Song,” the film’s musical numbers capture the spookiest of holidays with heaps of color and imagination. That said, the greatest of the whole bunch may be the movie’s flagship Christmas song, “What’s This.” And experiencing the piece this way, without hearing the words or seeing the stunning visual element, drives home just how well the music brings to life the wonder and overstimulation that comes with being a kid on Christmas, with quick bursts of energy that dance from one moment to the next, like eyeballs scanning a horde of unopened presents. Listen below and snag VSQ’s tribute here.

Vitamin String Quartet — “What’s This?” (from The Nightmare Before Christmas) [Spotify/iTunes]

Next up — what I heard on the radio later that evening, when I was in the car on the way to band practice. My dial was tuned to WCVE, and I caught about 10 minutes of Orson Welles’ radio rendition of The War of the Worlds, which was based on the novel by his brother H.G. (Not really. Well, REALLY in the sense that it’s based on that novel, but NOT REALLY in the sense that those two people are not related. I guess their last names aren’t even spelled the same way. So… yeah. Moving on.) I usually just catch pieces of the seventy-some-year-old broadcast, as I did on Wednesday, but no matter how much I hear, I’m always surprised by how believable it is. Entertainment from that era can seem pretty hokey to these cynical, Internet-addled eyes and ears, but I can totally see how people sitting at home, thinking they were tuning in to hear Ramon Raquello and His Orchestra, would have had the bejesus scared of them by Welles’ broadcast. The story’s told from so many different angles — with incremental new bulletins and brief interviews with condescending experts — and is disorienting in just the way that panic-driven reporting still is today. If you’ve never heard the whole thing, don’t wait till next year — give it a listen below. I dare you not to get at least a little freaked out.

The War of the Worlds radio broadcast [Soundcloud]