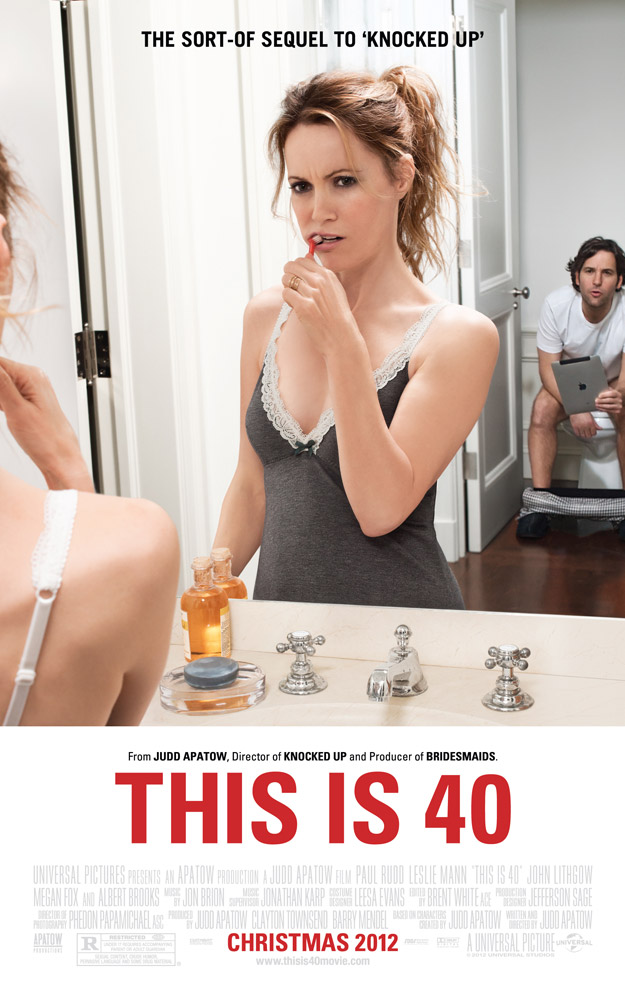 As we all know, Common Article 2 of the Geneva Conventions bars businesses from assaulting customers with Christmas music before Thanksgiving. Unfortunately, countless malls and restaurants ignore this directive, opening the door for the year’s most profitable holiday to encroach upon the year’s tastiest. (This encroachment isn’t quite as irksome as Walmart starting their in-store Black Friday sales earlier and earlier on Thursday, which strikes me as pure evil, but it sucks nonetheless.)

So you can rest assured that, to liberally paraphrase one of my favorite songs from Fiona Apple’s Extraordinary Machine album, “This is not about Christmas.” However, this post is about music featured in a movie that’s coming out on Christmas (sorry, once you start adding emphasis with italics, it’s hard to stop).

Now, I can’t speak to whether there are Yuletide-related themes in This Is 40, which is billed as a “sort-of sequel to Knocked Up,” but I can say that the soundtrack boasts some pretty generous gifts, with tracks from Paul McCartney, Yoko Ono, Norah Jones, Ryan Adams, Paul Simon, Wilco and the aforementioned Fiona.

Lucky for us, Apple’s contribution has already made its way onto the interweb. New song “Dull Tool” plays like a highlight reel of Apple’s strengths, with cutting lyrics, heaps of tension, and that special type of dissonance that results from darkness and light being smashed up against one another. After writing that last sentence, I can’t help thinking that Apple and Judd Apatow are a match made in dark comedy heaven, like Steven Spielberg and John Williams are with period pieces or Wes Anderson and The Kinks with nostalgic fables. Here’s hoping that Apple and Apatow (Appletow?) continue to collaborate, and that “Dull Tool” will be included on the film’s official soundtrack.