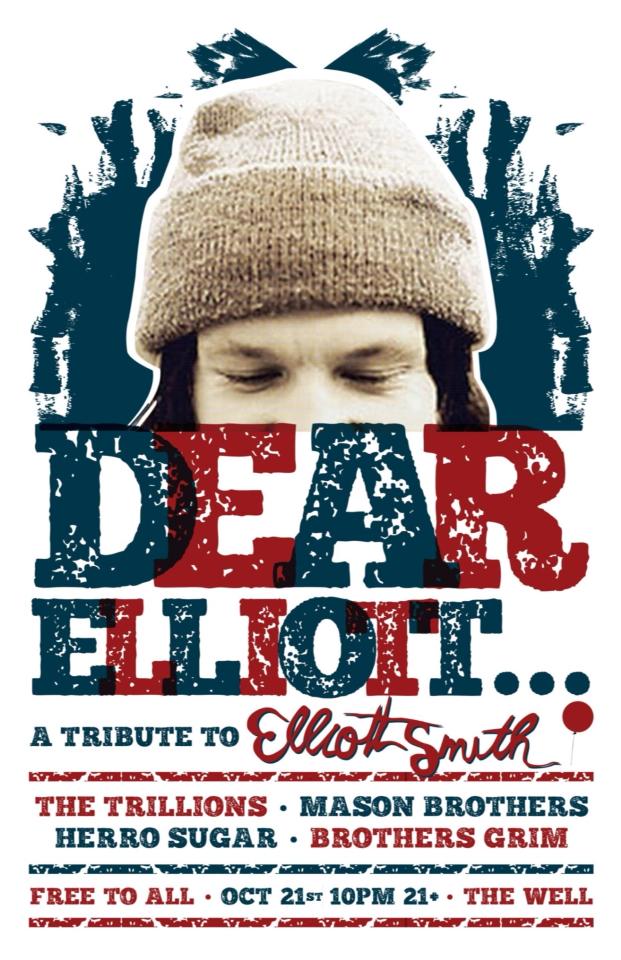 I’m still sorting through the mess of pictures I took in Chicago this weekend, but I wanted to check in quickly and spread the word about a show that’s taking place tonight.

It’s the 10th anniversary of Elliott Smith’s death, and Trillions guitarist Chris Smith is teaming up with The Well, his Trillions compatriots and three other bands — Mason Brothers, Herro Sugar and Brothers Grim — to celebrate Elliott’s life and music. While Elliott Smith’s story fits the literary definition of tragedy about as closely as anyone’s could, his music reminds us that sadness can mix with other emotions to become beautiful, timeless art. Chris Smith and company will be performing covers of Elliott’s songs, showing how a similarly sublime transformation can take place when a musician’s death is commemorated by bringing to life the words and melodies that were left behind.