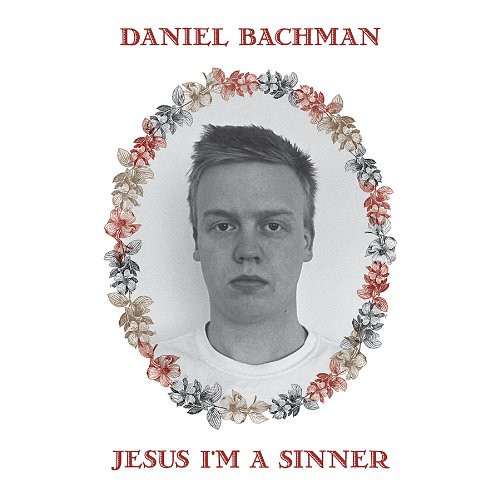 Hey RVA folks — you should go to Steady Sounds at 6 p.m. this evening. A guitarist named Daniel Bachman (pictured above, in the art for his new album, Jesus I’m A Sinner) is performing, and it’s absolutely, positively worth your time. How do I know? He did an in-store at Steady Sounds back in January that knocked my socks off and launched the 1,100-word essay below, on open tuning and focal points and why I might owe the Goo Goo Dolls an apology. I’ve been excitedly waiting until just the right moment to publish this, so I hope you enjoy it and then join me at 6 at Steady Sounds.

I want to thank Daniel Bachman for undoing something The Goo Goo Dolls did 18 years ago.

OK, that’s not fair. The Goo Goo Dolls aren’t singlehandedly to blame for my longstanding prejudice against songs played on acoustic guitars in non-standard tunings, but they certainly played a role in its establishment.

A Boy Named Goo was released when I was 11, around the same time I was learning to play guitar myself, chiefly by listening to songs and watching MTV and recreating what I heard and saw with the help of a chord book. And I can remember with crystal clarity watching the black-and-white “Name” video and thinking that something just didn’t add up. The notes frontman John Rzeznik was fretting with his left hand should have sounded awful. (Insert snark about the general merits of “Name” here.)

They didn’t, though, because his guitar wasn’t tuned like mine was. I was learning to play in standard E-A-D-G-B-E tuning (these letters represent the notes you’d hear if you plucked the 6 strings in order from thickest to thinnest without touching the neck of the instrument), whereas Rzeznik had something else entirely up his sleeve — the idiosyncratic and seemingly simplistic D-A-E-A-E-E. This meant he could play the distinctive, ascending lead riff everyone associates with “Name” while the rest of the strings rang harmoniously and effortlessly around it. At the time, this struck me as cheating, kind of like the musical version of Sandra Lee assembling a semi-homemade meal, and whatever respect I’d had for The Goo Goo Dolls vanished, never to return.

(Clearly, the video wasn’t the only thing that was black-and-white. Isn’t it wonderful how easy casting moral judgement is when you’re 11?)

In truth, what Rzeznik was doing wasn’t wrong. It wasn’t even uncommon. Technically speaking, the specific tuning used in “Name” is unusual and was discovered accidentally, but alternate tunings are common fare in tons of circumstances. Drop D tuning adds gravitas while allowing metal guitarists to switch quickly between power chords, and banjos are almost always tuned “open,” meaning that the strings produce an ear-pleasing chord with zero left-hand effort, yet neither of these has ever struck me as morally transgressive. Nevertheless, that “Name” video left a lasting, negative impression. A stigma — and a sticky one at that.

18 years later, enter Fredericksburg, VA native Daniel Bachman. I was lucky enough to catch a sizable chunk of the short in-store set he performed at Steady Sounds in Richmond, VA early last Thursday evening, and the experience was, in a word, revelatory.

Despite walking in after Bachman had already started, I managed to secure a spot near the back that afforded me a clear view of Bachman’s handiwork, which meant that I was able to both see and hear how he voices his winding, instrumental compositions. And while I can’t tell you exactly how his 6-string Guild was tuned — in fact, the tuning changed from song to song — I can say that there were times in which his left hand rested briefly on his leg, while the finger picks on his right continued their fevered agitation.

But there was nothing semi-homemade about what he was doing. Nothing he did seemed like cheating. Bachman was as keenly focused on his execution as the few dozen of us in attendance were, and that palpable intensity is an accurate reflection of the intricacy in his works. His most recent album, Seven Pines, offers one immersive journey after another, with songs that beg you to close your eyes and imagine a story that twists and turns and ends in a different place from where it started. He achieves this narrative feel by choosing tonal and temporal variations that give you plenty you think about, theory-wise, if you’re not too deeply absorbed the daydream that lifted you up and away at the song’s outset.

But difficulty isn’t what unstuck the open tuning stigma I’d held onto for so many years. What did the trick was how Bachman made me rethink what a single note is capable of doing.

As I mentioned before, open tuning makes it possible for guitarists to play lead notes while a steady, often pleasing chord rings out below them. And in cases where the bassiest string is tuned to the tonic (the root note of the scale), you can bank on hearing that note a lot. Like, A LOT, a lot. It’s the first in line to be strummed or plucked, and every other note is drawn back to it, in much the same way that gravity pulls objects thrown into the air back to Earth. But during the course of Bachman’s performance of “Copperhead,” as I vacillated between extremes of rapt attention and meditative mindlessness, with the bassy root note burrowing deeper and deeper into my consciousness, the lead notes started to glow by contrast, and the longer they danced around the tonic, the brighter they became, until the chord change roughly 4 minutes into the song practically lifted the entire building off its foundation.

It was truly hypnotic, and it brought into focus how this type of tension is the very thing that makes music work. I’ve seen Bachman’s music described in more than one place as “American primitive,” which, despite a whiff of negativity that bugs me a bit, strikes me as incredibly apt. His use of tension and release resonates deeply, toying with the same dopamine transmitters people have used for thousands of years to make predictions and learn about our environment. All music accesses these pathways, but I’d be willing to bet that an fMRI would show “Copperhead” lighting up those connections like the 4th of July, especially for those of us whose brains are geared for an especially strong musical response.

Fittingly, in the afterglow that followed his performance, I found myself sublimely happy. I felt lucky for seeing what I’d just seen, and I started thinking about how analogs for the tonic note are all around us. For the short time he was playing at Steady Sounds, Bachman was the focal point around which dozens of people gathered, each with a unique set of worries and relationships but united by this person in a worn Budweiser shirt and his oddly tuned guitar. Steady Sounds is another — a physical space that, when it became a record store a few years back, gained a gravitational quality that tugs at those of us who visit regularly and spend money there.

Looking back on that moment, it’s tempting to zoom out even further and point to how everything is connected — people, trees, meerkats, aliens — by virtue of the fact that, as Carl Sagan and Neil deGrasse Tyson have so poetically pointed out, we’re made of the same stuff that stars and comets are. Variety doesn’t just make things interesting — it makes things possible, but variations are only worth a damn if they have a theme around which they can dance, be it a periodic table of elements, a double helix or a note played on the guitar.

I guess I owe John Rzeznik an apology.