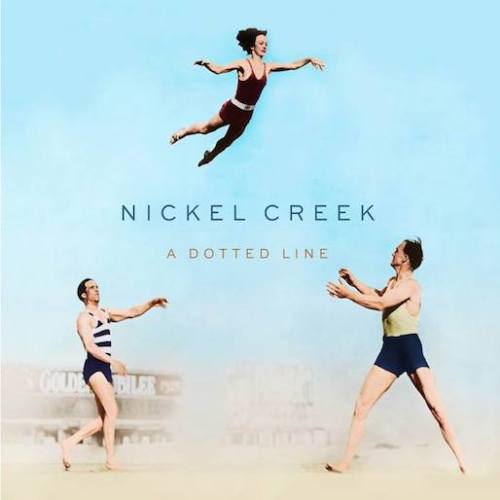 Doesn’t matter how many times I do it, I never get sick of flipping through my dad’s records when I’m in Norfolk. He left behind one hell of a collection, as I’m sure I’ve told you before, and whenever I’m home seeing my mom, I thumb through the shelves of classical, jazz and folk titles waiting to be dusted off and put in active rotation in Richmond.

You’d think that after (more than) a few times through, I’d have picked out the stuff I wanted, leaving behind the stuff I didn’t want, but it doesn’t really work that way. Each time I take a spin through my dad’s collection, I’m a different person. I’ve almost always fallen for a classical piece that I flipped past the last time, I may have learned more about a jazz musician my dad liked or maybe I decided that the Kingston Trio is worth a shot after all. Because I’m different each time, the collection is different each time. Physically, it sits there gathering dust, but as far as I’m concerned, it’s constantly in flux.

I’ve got this kind of relative change on the brain because Nickel Creek’s new, hiatus-breaking album A Dotted Line just went up for a First Listen over at NPR.

This is the band’s first studio album since 2005, and it’s amazing to think how different things were in my 2005 (and not just in terms of what my phone can do). I was just graduating college, and music’s role in my life wasn’t nearly as large as it is now. I played in a band then, just as I do now, and was writing music, just as I do now, but I wasn’t writing about music or thinking as much about it. And in 2005, if you asked me about Nickel Creek, there’s a good chance something about liking that “Lighthouse” song would have dribbled out of my mouth. Back then I had no idea that they started as kids and were veterans by the time they were 20, or that they were regarded as innovators within the bluegrass community.

In the years since, Chris Thile has become a hero of mine. His work in Punch Brothers (who I just saw last week at the National and holy Moses were they good — more to come on that) has been so engrossing, so groundbreaking, so mind-numbingly precise… it’s almost like he’s stopped being human in my eyes. I even wrote a blog post about how he might be from another planet. Yet A Dotted Line finds him back with his old cohort, the centerpiece on some tunes but the sideman on more. It’s a little disorienting, hearing him this way.

But Nickel Creek isn’t HIM. Not like in Punch Brothers is. The rest of the players in Punch Brothers are incredible (I can’t wait to tell y’all more about last week’s show — it was nuts), and the whole band is credited with writing their songs, but it’s hard not to see Punch Brothers as an extension of Thile’s taste and passion for experimentation. As an outlet for his freakish musical fluency. (It’s even harder after watching How to Grow a Band.) Nickel Creek is a very different story. In this context, Thile seems more human. I’ve been through A Dotted Line a few times now, and while there are flashes of Thile brilliance, the songs take center stage, opening the door for a level of emotional resonance that I haven’t found in PB. These songs feel softer, more worn-in, which fits, given that the group started making music with one another a quarter-century ago.

I love Thile the mad scientist, but I’m enjoying getting to know a different side of him, and I feel lucky to have this second chance to get to know Sarah and Sean Watkins better. Join me by clicking here to listen to the NPR First Listen or by sampling a pair of tracks below.

Nickel Creek — “Love of Mine” [Spotify/iTunes]