Many people dismiss the rapture as absurd religious dogma, but it’s not. It’s real. Just ask my CDs.

The great reckoning came the weekend before last, when the room-by-room cleaning, organizing and culling spree Mrs. YHT and I have been conducting to make way for all things baby-related reached the office, where stacks-on-stacks-on-stacks of CDs had been accumulating for as long as we’ve been in the house. During those five years, my vinyl collection grew like crazy, but my CD stash, which included everything from albums bought with my parents’ money in high school to mix CDs burned by college friends in Kazaa’s heyday, went largely ignored. It grew too, but more gradually, like a tree you barely notice until is its roots start cracking the sidewalk. My mom still surprises me with CDs — she’ll mail me things she hears about on NPR and finds interesting — and I love when she does, but I usually upload them to iTunes and listen via my phone. Once they became part of the plastic forest in the back corner of the office, the likelihood of seeing the inside of a CD player again was slim.

That forest is gone now. It wasn’t easy — I attach sentimentality to physical objects like hapless bugs attach themselves to spiderwebs — but after dragging the whole mess out into the living room and going through it item by item, all that’s left is a nearly full 120-slot CD tower and a few binders and spindles that still need sorting. It was a serious bummer in a lot of ways, but I thought I’d share the process I used in case it’s of use when you’re forced to perform your own deforestation.

Here are the categories I ended up splitting things into: 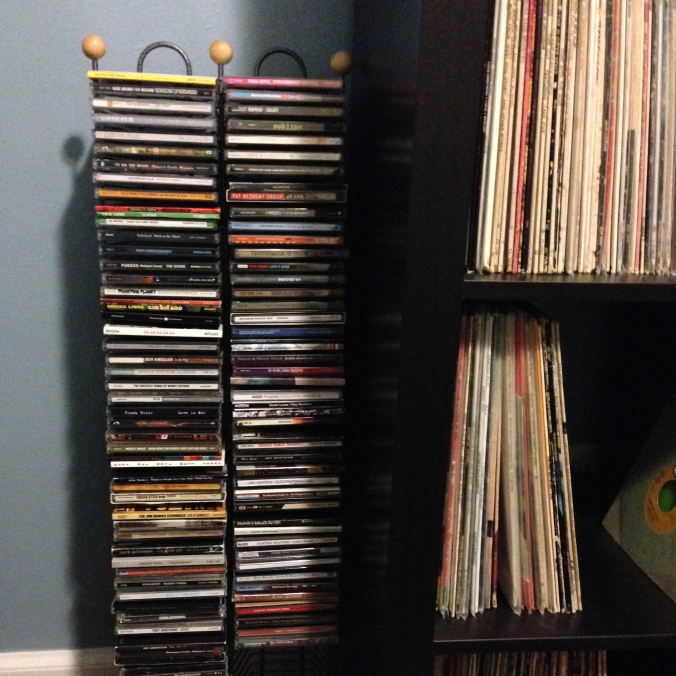 As wrenching as the process was, the benefits didn’t take long to bubble up. The day after the rapture, Mrs. YHT and I drove up to northern Virginia to help her parents move a few items into their new place, and I brought along a smallish CD binder I hadn’t opened in years. We listened to 40oz. to Freedom all the way through (even the credits at the end), marveling at the collage of styles Bradley Nowell was able to assemble. Sometimes you revisit your middle/high school favorites and roll your eyes, and other times you experience a very specific kind of vindication. With new (well, old) ears and a whole network of additional experiences to draw on, you hear things in a completely different way, and when they’re as fearless and brilliant as 40oz. to Freedom is, you can give your inner adolescent a high five (even though your inner adolescent would probably be too embarrassed by you to accept it and would ask you to stop embarrassing him/her in front of his/her friends).

Nowell’s was a vast musical vocabulary — he quoted his influences constantly — and almost all of which went over my head the first time around. Now it’s like a picture coming into greater focus, with details and surprises cropping up left and right. The way he packs multiple song ideas into a single track, drifting from theme to theme while the rhythm section holds firm, playing the same steady grooves in shifting contexts. There’s a glut of creativity there that I sensed when I was younger, but it makes even more sense now. Same goes for his voice, which shrinks or expands to suit each phrase, dancing back and forth along a continuum of seriousness and humor, always with effortless intonation.

I knew he was good, but he’s even better than I realized. If this is the kind of enjoyment that can result from a CD rapture, you can beam me on up.

One thought on “Sublime”