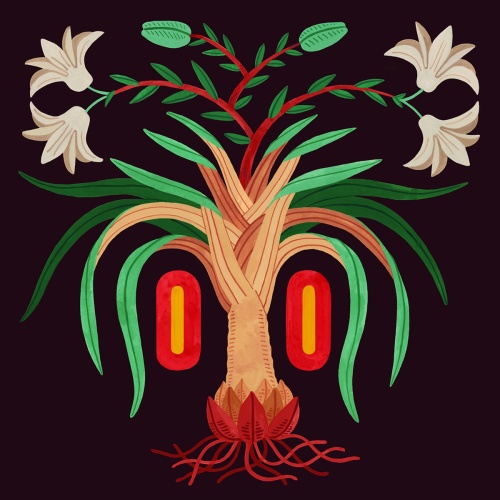 I have a bunch of Spotify playlists, but one has become absolutely indispensable since I started adding to it — my hastily named That’s My Jam playlist. It’s where I drag the songs I get most excited about and want to hear over and over (well, the upbeat ones — I have a separate sad sack playlist I’m too embarrassed to share the name of). Sometimes a song jumps out at me and has to go on TMJ right away, other times I’ll decide that I like a new album and will add one of its tracks so I’ll have a lasting tether back to it. “Lasting” is the operative word there, because I would be crushed if I lost this playlist. Whenever I have trouble logging into my Spotify account, a deep-seated, panicky feeling rushes in. (I really need to back up this list somewhere, but you’re talking to the same person who puts off doing laundry until he’s wearing bathing suits for underwear, so who knows when that’ll actually happen.)

I recently started another list called Favorite Whole Albums, for releases that seem are particularly suited for front-to-back listening. Usually they’re cohesive in some meaningful way, like how Beck’s Morning Phase feels like a single idea played out over multiple tracks, or how Kendrick Lamar’s good kid, m.A.A.d city tells a story that builds from beginning to end, with interludes that need to be played in the correct order.

When I step back and look at those last two paragraphs all typed out, it’s painfully clear how helpless trying to categorize and catalog your listening really is. It’s like trying to bottle up wind with a napkin, or something — just plain insufficient when you zoom out and consider the massive musical universe and all it has to offer. Taxonomy can feel insufficient in micro sense too, as Landlady just taught me.

I listened through their new album Upright Behavior once and immediately added “Maria” to That’s My Jam. I loved the drum break right away — it felt like a pelting… almost like trying to pick out patterns in the rain, but somehow simultaneously more organized and frantic than that. Then I got near the end of the album and put “Washington State Is Important” on TMJ, because it was so epic and detailed and reminded me of the off-kilter, pastoral mood that regularly draws me back to Fleet Foxes’ “Helplessness Blues.” Then I listened through the album again and had to add “The Globe” to TMJ, because it kept getting stuck in my head and had this fantastic juxtaposition between a heavily drummed verse and a thin, delicate chorus. Then I started thinking, “OK this is too many songs from one album for TMJ — just put this thing on Favorite Whole Albums, for crying out loud.” Then I started questioning whether FWA was really meant for albums that are just plain awesome all the way through. Then my ears started to smoke and a paper readout started haltingly emerging from my mouth, reading “DOES NOT COMPUTE.”

Thanks, Landlady. My inner robot has to go in for repairs. I’ll be sending you the bill.