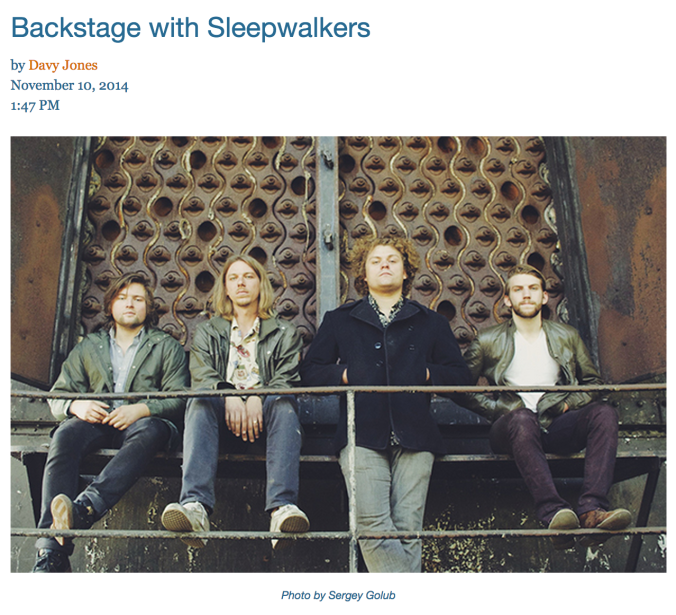 There are bands you appreciate, and then there are bands you root for. Not because they need the extra backing, but because there’s something that joins your experience with theirs. It could be that their music is so good that you feel passionately that it needs to be heard as widely as possible, and that passion acts like glue — their success is your fulfillment. It could also be the case that you meet the members of a band, and their approach to music aligns with some ideal you hold onto — a picture you’ve painted in your mind after hearing and dissecting an album you love.

All of the above applies to Sleepwalkers, who I had the chance to interview for River City Magazine/West End’s Best in early October. The highlights from that conversation just hit the interweb, and you can read them here (a slightly shorter printed version will hit newsstands any day now). There are two quick things I’d like to add:

Click here to read the River City Magazine article, listen below to two of my favorite Greenwood Shade tracks, and click here to snag tickets to this Friday’s Broadberry show with Black Girls. They’re also playing this Saturday at Hardywood for the RPG IPA release, and that promises to be a great time as well. Sleepwalkers + an IPA described as “loud, bitter and inescapably black” = yes please.