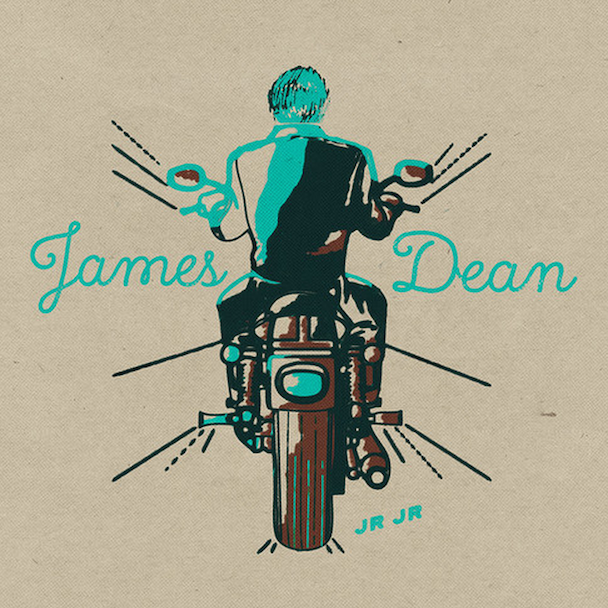 I’ve never done a top-10 songs post, and I doubt I ever will. Too much like herding cats. I can’t imagine doing it without breaking down at the very last minute when I remember a song I left out and my carefully constructed scaffold of reasoning collapses under its own weight and shoddy construction.

Also it would take forever. No thx.

HOWEVER, I decided to do a Best 1 Song of the Year post this year, because there’s a song that made me want to do it. In fact, I knew somewhere around the second or third time I heard Dale Earnhardt Jr Jr’s “James Dean” that I’d be writing this. Around that time, I decided it was one of the best songs I’d heard in the last few years. 5, 10, who knows. I tend not to think in those terms — again, too many songs to wrangle — but something about “James Dean” made me.

Could be because it feels momentous to me, like a “Good Riddance (Time of Your Life)” for a chapter of pop culture that’s currently coming to a close. I’m using some serious broad-strokes analysis here, but “James Dean” aligns perfectly with the idea that the widespread, pervasive irony that the early Internet age fueled and celebrated is folding in on itself. When I picture this in my mind’s eye, it looks like a choppy ocean, where colliding waves of cultural death, rebirth and appropriation are so frequent that the wavelengths are approaching zero, leaving us with a tumultuous sense of stasis that feels like the present, the past and the future, all at the same time. I’d like to think that what will result is an atmosphere of sincerity — one where “What can we get away with doing?” will be replaced by “What should we do?”

“James Dean” feels elegiac, like it’s putting to rest a certain kind of short term logic that’s wearing out its welcome — the kind that would lead you to smoke even though you know damn well it will kill you, or to holler “Look at me now” when you know damn well that the people you’re trying to impress can scroll through one of your social media feeds and find out who you really are outside of that moment. Most intriguing is the “100 projects” passage, which equates a certain Internet-addled outlook with “a suitcase half unpacked.” It makes me think about how many remixes of a Lana Del Ray song you see pop up on Soundcloud in the days after the recording is made available. So much rework for every piece of original work, like mortgages being packaged and sold, packaged again and resold.

Dale Earnhardt Jr Jr do their share of remixing, so it’s hard to read this as pure condemnation, but the difference is that they live healthy lives on both sides of that line. Their songwriting is inspired by the most venerated contributors to the American songbook, and you can hear shades of Randy Newman here, especially at the 2:38 mark, when they pull back the curtain and reveal one of the chords that’s been hiding unvoiced in the chorus the whole time. There’s also the delayed payoff of the title lyric, which forces you to lean in until the chorus has reached its conclusion. These flourishes speak volumes, but the headline for me is that Dale Earnhardt Jr Jr have so much more music to share with us — that they’re only beginning to show their hand.

“James Dean” reminds me of another song about “cool” — Panda Bear’s “Comfy In Nautica.” In that one, Noah Lennox sings “Coolness is having courage/Courage to do what’s right.” I love that line, and “James Dean” seems to, with great sobriety, ask us why we haven’t absorbed that idea more fully. It’s given me a lot to think about, maybe even a way forward, and I’m certain that I didn’t hear a more perfect song in 2014.