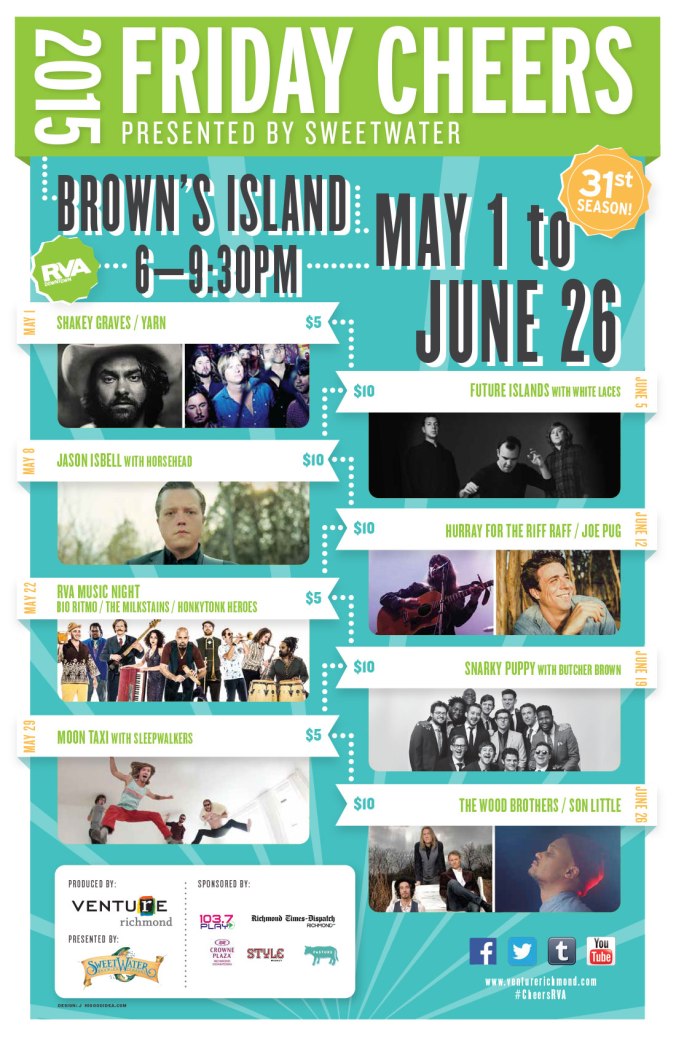 Friday Cheers has knocked it out of the park again. Hot damn.

In the past few years, the concert series has gone, for me, from a fun thing to think about doing on Fridays in May and June to a year-round source of either in-season joy or off-season anticipation, and I’m over the moon about what this upcoming season has in store. Much of that has to do with getting to take Baby YHT to her first Friday Cheers (and getting to Instagram pictures of her wearing the adorable miniature pink camo noise cancelling earmuffs Mrs. YHT bought her a while back), but it’s also because this lineup is giving me the feels.

Check out the full schedule above, click here to start snagging tickets, and sample Son Little and Snarky Puppy below. And join me in saying congrats and thanks to the organizers for another job well done.

One thought on “Friday Cheers”