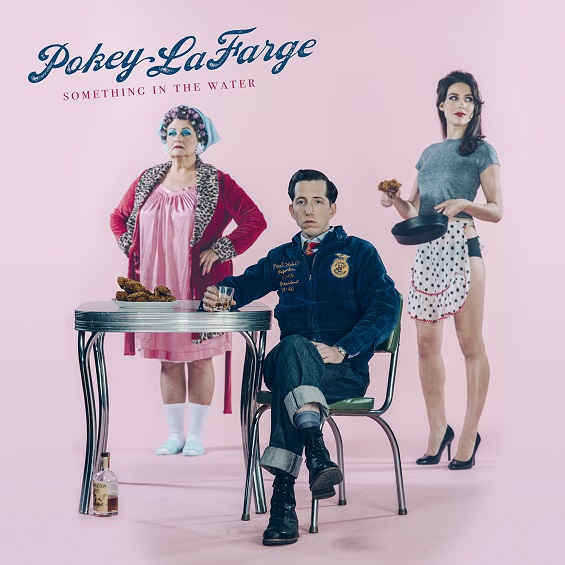 Now that popular culture has fractured into tiny bits, with a niche community for pretty much anything you could take an interest in — old or new — the idea of cultural revival feels a little obsolete. You don’t need to wait around for something to become stylish again. Just do your thing, post a selfie where a community of like minds will see it and you might as well be living in the time and/or place of your preference. Let your freak flag fly and someone somewhere will start singing the corresponding national anthem.

That’s a little how I felt about Pokey LaFarge’s last few albums. He was flying his retrospective flag, and man was it fun to sing along. This is what I wrote about him last time around:

Setting aside for a moment that Pokey’s songs would sound great no matter how they were drawn, I think it’s unfair to say his style is borrowed from another time. Different genres may have their heydays — see Age, Jazz — but carrying on a lapsed tradition doesn’t have to feel like a resurrection. Music isn’t technology. It doesn’t become obsolete. You can employ whichever style works for you… as long as it flows through you genuinely and you have something to bring to the table.

Here’s the thing though: His new album, Something in the Water, takes that idea even further.

It’s more. It’s not that he’s started dabbling in a wider range of styles; he’s always stretched out. Blues, country, jazz, ragtime… he’s fluent in all of them. And it’s not that he’s stopped looking backward; you can still hear the past loud and clear on Something in the Water, it’s just that these songs don’t sound like they belong in the past. In fact, they don’t sound like they belong anywhere (or anywhen, more to the point), because this collection of songs — not just the styles, but these specific songs —  they’re absolutely timeless.

The increased diversity in instrumentation, the mastery of genre and sense of place (looking at you, “Barcelona”) — it adds up to something bigger than any one moment or collection of moments. Something I wouldn’t ascribe to any cultural wave. I would recommend this album to damn near anybody. Like jazz? Try “When Did You Leave Heaven.” Like Justin Townes Earle? Give “Actin’ A Fool” a go. Then there’s “The Spark,” which simply and perfectly embodies the best aspects of early rock, soul and pop — like a neatly dressed yearbook photo of the second half of the 20th century.

You can hear all of this in the title track (below), but Something in the Water demands a full listen. Click here to snag it on iTunes, or better yet, hit up your favorite record store for a snazzy multicolored vinyl copy like I did.

Pokey LaFarge — “Something In The Water” [Spotify/iTunes]