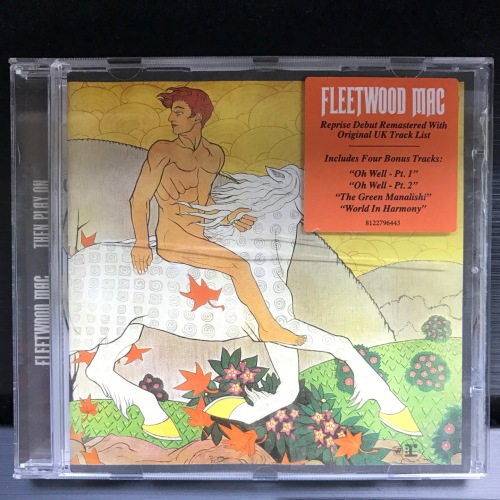 Going to try to sneak some CD listening in this week. May just end up listening to Little Mermaid, like we have been lately. We’ll see. Looking at it as a win-win.

Very curious about what Then Play On has in store, because I’ve heard very little of it (it’s not on Spotify) and the friend who loaned it to me said it’s nothing like Mac’s later output. More bluesy, I’m told.

If it’s half as majestic as that cover art…