[Editor’s Note: Today’s the last official day of “OMG! OLYMPICS!” week. If you missed the previous posts, you can catch up by reading Day 1 here, Day 2 here, and Day 3 here.]

On the last official day of “OMG! OLYMPICS!” week, I’d like to send out a few special dedications… 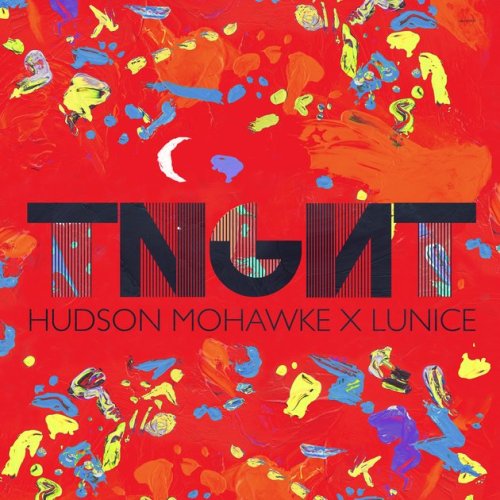 Someone desperately needs to drink a warm glass of STFU.

It started with the opening ceremony, which saw NBC anchors Matt Lauer, Bob Costas, and Meredith Vieira talking over just about everything, dropping a veil of flippant happy-chat over some truly meaningful tributes and musical performances. (Can I actually listen to Arctic Monkeys cover  “Come Together,” or are you just going to keep telling me that it’s happening?) Since then, NBC has ruined more than one event by airing commercials that reveal who’s going to win, even though they haven’t shown the actual competition yet. I mean, really?

They could learn a thing or two from TNGHT, who understand that some things are better left unsaid. Their EP is fantastic, comprised of 5 beats that feel like they should have verses on top of them, but duo Hudson Mohawke and Lunice let the music do all the talking. These tracks may get verses one day, but the lack of lyrics on this release forces you to lean back and live in the head-bobbing, groove-begetting moment they’ve created, and what an incredibly well-layered and -textured moment it is. The TNGHT EP is proof positive that sometimes silence is golden, especially when you’re handing out gold medals (sorry, I had to). Check out a few of the EP’s tracks below, and do yourself a favor and check out the ridiculously cool video for “Bugg’n.”

To Michael Phelps and Ryan Lochte,

“When we’re away from the pool, we don’t talk about swimming at all.” — Ryan Lochte

There’s only so many times you can hear two famous people insist they “have a great friendship” before it starts sounding like they absolutely hate each other. And how could they not? They’re insanely good at the same thing, they dedicate most of their time to gaining a tiny edge over one another, and then there’s this event every four years that showcases that tiny edge for all the world to see. No wonder they avoid talking about swimming.

I can’t imagine a song more suited for their star-crossed frenemyship than Fiona Apple’s “Werewolf,” which tells the tale of a relationship so toxic that it’s compared to a werewolf and a full moon, a shark and a bleeding wound, and a wishing well and a bolt of e-lectricity (hot damn, do I love how she sings that word). While the song is filled with rich imagery like this, it’s the chorus that sums up the two Olympic swimmers’ situation perfectly: “We can still support each other/All we gotta do’s avoid each other.” Thank goodness there are lane dividers in those pools. Check out “Werewolf” below.

This one goes out to Bad Badmintonist Yu Yang, who was one of the 8 competitors who were recently disqualified for, well, not competing. As you’ve probably heard by now, her doubles team tried to throw an early match to set themselves up for a better match-up later on, and all hell broke loose. The crowd booed. Her team and three others were all booted from the Olympics. Then, on Wednesday, Yu posted the following tweet:

“This is my last game. Farewell Badminton World Federation. Farewell my dear badminton.”

How sad is that? Listen. I know those 4 teams made a huge mistake, and I know that it’s the duty of Olympians to try their hardest, but she wasn’t trying to lose the entire competition. Far from it. She was working within the framework of the tournament’s format to increase her chances of winning and maximize the number of medals her country could accumulate. This kind of thing happens everywhere. NBA teams tank entire seasons to move up in the next year’s draft. Sure it wasn’t pretty, and the people in attendance that day certainly have a right to be upset. But I don’t see those 8 athletes as cheaters, and I firmly believe that we should all cut them a little slack.

That’s why I’m sending Yu the song that shows how goodness and badness, just like winning and losing, can be relative. In fact, being bad can sometimes be completely, totally awesome. Check out the video for Michael Jackson’s “Bad” above and listen to Afrojack’s remix below.

I hope y’all are enjoying the London games as much as I am.  The themed week may be ending, but don’t fret — I’m like a moth to the summer Olympics’ flame, so you may see an addendum or two to “OMG! OLYMPICS!” week.