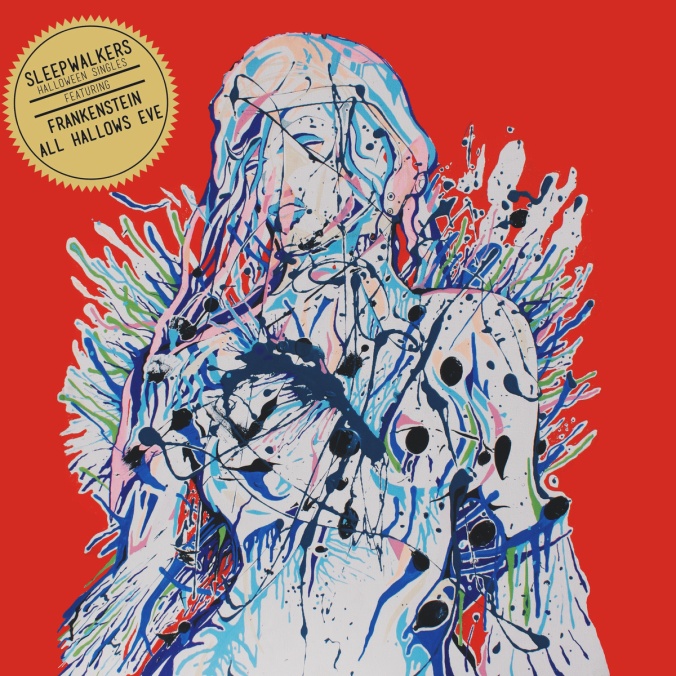 My October had an auspicious start — on Wednesday the 1st, I got to sit down for an interview with Michael York and Alex De Jong of Sleepwalkers, who made what many (including me) consider one of the best albums released in 2014. I’ll have more to share about that conversation soon (the issue of River City Magazine they’re featured in will be out in early November), but there’s one detail I didn’t get to include in the magazine piece — the band’s love for holidays.

If you dig back into their Bandcamp history, you’ll find original Christmas music released in time for last year’s holiday season, and during our conversation, they mentioned that original Halloween tunes were in the works. As you can see above (and hear below), those have arrived, and they’re dynamite. The Prince-y “Frankenstein” and the Nightmare-Before-Christmas-y “All Hallows’ Eve” succeed for many of the same reasons that Greenwood Shade works so well — the songwriting, the facility with genre, the sense of humor, the execution… it all adds up to a complete listening experience, both fun and profoundly impressive. I can think of no better way to say goodbye to October and hello to Baby YHT’s first Halloween.

Listen to both tracks below and buy ’em over at Bandcamp. (And click here to get your tickets for their November 8th show at the Broadberry!)

[Editor’s note: They’re also playing at the Savory Grain’s Gatsby-themed Halloween party tonight! Thanks for the heads up, Tejas!]