Fun fact: When you wait until December 31 to finish your top 10 albums of the year post, your top 10 albums of the year post becomes, by default, your New Year’s Eve post! Before getting to the list, I just want to thank everyone who takes the time to read this blog, whether it’s once a week, once a month, or just this once. It’s such a gift thinking/knowing/believing that there are people out there who share your enthusiasms, and to everyone who left comments, retweeted links, reblogged posts, did guest posts, invited me to do guests posts, or interacted with YHT in any other way, thank you for being such awesome Internet buds. 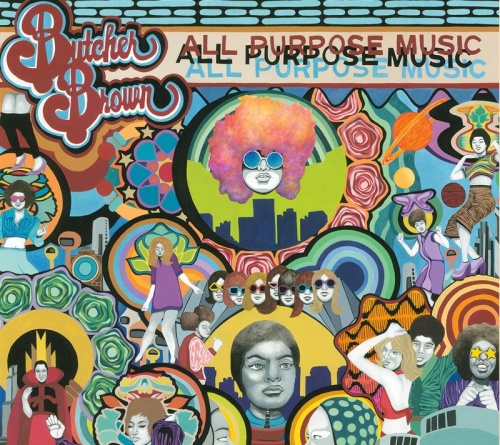 I listened to All Purpose Music so, so many times. Its swells and grooves run through my head unexpectedly, like memories you remember until you’re remembering memories of memories. For months, it’s been the album I reach for when I know I can have my earbuds in for an extended period of time. In fact, using last year’s top 10 logic — that what you’re doing while you listen to music has a profound effect on your perception of it, and that the music you listen to has a profound effect on your perception of what you’re doing — this album probably influenced my life more than any other this year. I couldn’t be more excited about what the future holds for Jellowstone Records.

Sylvan Esso wins the “More with Less” award for 2014. On paper, this is a formula that should be played out — the kind that invites derisive (and lazy) Postal Service comparisons or gets lost in a sea of indie-dance offerings. But the collection of songs Amelia Meath and Nick Sanborn created can’t be crowded out or crammed into some tired narrative, because they’re just too good. Everything from the writing and melodies to Meath’s delivery and the sparse-but-never-sluggish production — it’s all absolutely first rate, impossible to dismiss and strong all the way through. You know how tons of little kids say they’re going to grow up to become the president of the United States? Sylvan Esso is the one who actually does.

This totally fell off my radar. Mrs. YHT gave me a fancy wooden record carrier/box thing for our anniversary, and I decided in October or November that it would house all the 2014 albums I bought vinyl copies of — that way I’d know which ones to replay in preparation for making this list. Somehow, Lazaretto didn’t make it into the box until mid-December, because I completely forgot it was released this year. Who knows why I lost track of it — I’d blame newborn-induced sleep deprivation, but I’m saving that excuse for when I leave the coffee maker on and burn the house down. Regardless, Lazaretto is back where it belongs, in this top 10 and on my turntable with regularity.

I had only 14 hours or so with Black Messiah before I had to turn my top 25 albums list into RVA Magazine, and I spent more of those hours listening to it than I did sleeping. Not even kidding. Still, ranking it on such short order was total guesswork, and I’m fairly certain it should be ranked higher.

Yeah, this should definitely be ranked higher.

The album that brought me the most joy in 2014. It’s also the one I evangelized for the most. I was like a missionary, recruited by ?uestlove’s Mo’ Meta Blues memoir and then flooded with belief after hearing Art Official Age in full.

“Hello! Do you have a moment to talk about Prince and his new album? No? Well, here’s a pamphlet — have a wonderful day!”

[zips up backpack, puts helmet on and mounts mountain bike]

Side note — there’s no song to stream here, because Prince is Prince and it would be taken down in a matter of hours. Might I suggest watching his killer SNL performance, which featured Lianne La Havas?

I’m more than a little confused by how the critical community has reacted to this album. Well, “reacted” might not be the right word, because they haven’t. Pitchfork hasn’t reviewed it. It has an Allmusic score and review, but it hasn’t been written about enough to justify a Metacritic score. The whole thing is incredibly strange, and it’s given me a lot to think about in terms of why I read music criticism.

I’m not exaggerating when I say that, every weekday morning since September, I’ve gone to Pitchfork hoping to see a review of Heigh Ho. Because they’d posted about Mills in the run-up to the album’s release, and about his co-headlining tour with Fiona Apple last year and her appearance on his own string of dates in support of Heigh Ho, I assumed they’d review the thing. In my estimation, it’s easily one of the best albums released this year — a master class in songwriting, musicianship and recording. I’ve played it a zillion times, and even got to see him perform most of its songs live in D.C. I love it to pieces… so why do I need that feeling validated by someone else writing nice things about it? Is it an echo chamber thing? Do I want my own opinions repeated back to me in different words so they feel more legitimate?

Maybe, but that changes now. I’m declaring independence from others’ opinions (or mystifying lack thereof) about Heigh Ho. I don’t care how many other top 10 lists Mills shows up on. It’s one of my favorite albums of the year. It’s awesome. So there.

Let’s take a look at the numbers:

A torrid affair brought on by an album that twists, turns, dazzles and surprises.

I wrote a ton about Sleepwalkers this year — blog posts, this River City Magazine article, a blurb for RVA Magazine — but there’s one last point I want to make:

Last year’s list was aggressively subjective. By that, I mean (and you can read a longer version of this reasoning here) that I decided to take the disclaimer you usually find at the beginning of these things — “These are my favorites, not the best albums of the year” — a step further, using my experiences with albums as a guide for where to rank them. For the most part, I’ve done that again this year. It’s a way to sidestep the core fallacy of this whole exercise, because really, the only thing that’s objectively true about a year-end top 10 is that it’s subjective.

What’s interesting about Greenwood Shade is how hard it pushes against that objective truth. Every time I tried to place it in this list by comparing it to my other favorite albums from 2014, the word “quality” would come to mind, and I’d think about how, song-for-song, Greenwood Shade is just exceptionally good. It’s got heaps of subjective stuff going for it, too — I interviewed the band, I’ve gotten to see them perform a few times, I’ve had some especially fun nights listening to this album with friends — but Greenwood Shade makes me want to think objectively, because it stands up to the other items on this list (albums by seasoned artists like Prince, D’Angelo and Flying Lotus) so well. The writing. The production quality. The variety. The balance of complexity/length of compositions with their catchiness and memorability. And the fact that this is the band’s first full-length? Even more remarkable. 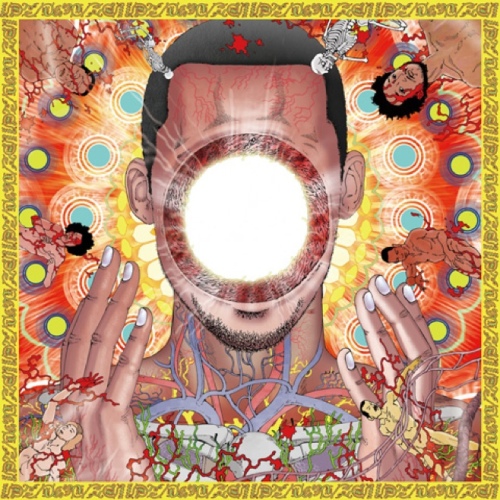 I wrote a longer thing about Metamodern Sounds in Country Music for this list — about people’s reactions to it and what it means for country music going forward — and then I had the opportunity to write about it for RVA Magazine‘s list, which was quite an honor. That assignment forced me to boil my thoughts down quite a bit, and that blurb ended up being the perfect encapsulation of how I feel about the album:

Metamodern Sounds in Country Music is more than “reptile aliens made of light” and the psychedelia references many cite when juxtaposing the album with the rest of the country music landscape. Simpson’s lyrics are incisive, born of an interest in the human condition and all its contradictions and unanswerable questions. While there are flashier narratives — “Independent artist succeeds in spite of the pop country machine” being the flashiest — the album’s true core is Simpson. His thoughts and struggles. For my money, it’s as close as anyone got this year to putting their unvarnished selfhood on the line, and that honesty is the stuff from which the very best art is made.

Only one thing I’d add:

Remember that record carrying case I told you about? As I relistened to my favorites from 2o14 (at least the ones I got vinyl copies of), I shuffled them around in the box according to how I was thinking about ranking them. What that meant was that, for more than a month, Simpson’s name was right there in the front, forcing me to confront this decision every time I walked through my living room. Despite hundreds of opportunities for second guessing, I never moved it backward in that box.

That’s the ballgame, folks. Check below for the rest of my top 25 and be safe tonight — remember, cabs are cheaper than DUIs.