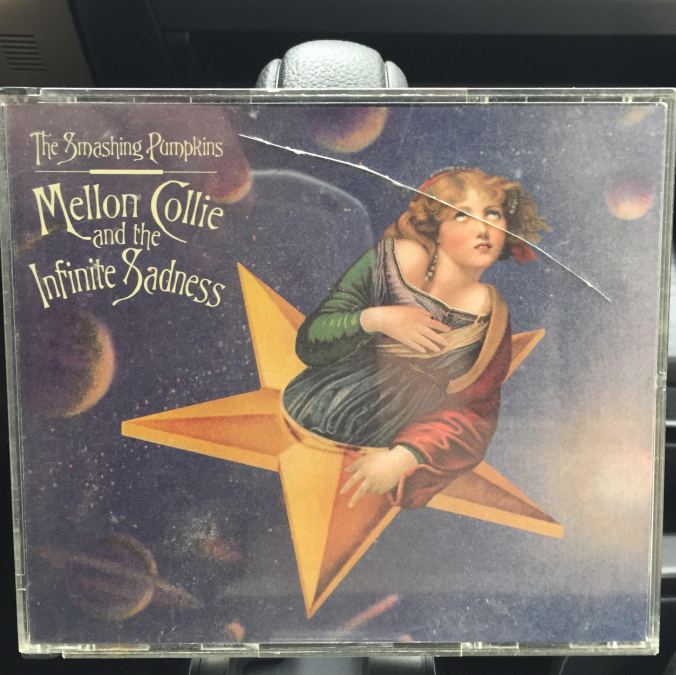 For years — I’m talking a decade or more — this copy of Mellon Collie and the Infinite Sadness went unspun. It followed me from apartment to apartment, but it was never played, in large part because one of the two discs was missing.

I can only imagine what that was like. The dashed hopes upon being opened. The long nights when disc two would yearn for disc one. The uncertainty: “Will I ever be useful again? Or will I end up at Goodwill, cursed to be opened and quickly closed by strangers who feel nothing for me but disappointment?”

Well guess what, y’all? I finally sorted through a few CD spindles from back in the day and there it was! The missing disc! After giving the two reunited companions some time to… ya know… catch up, I’m happy to declare this double album recommissioned.

Wanna go for a ride?