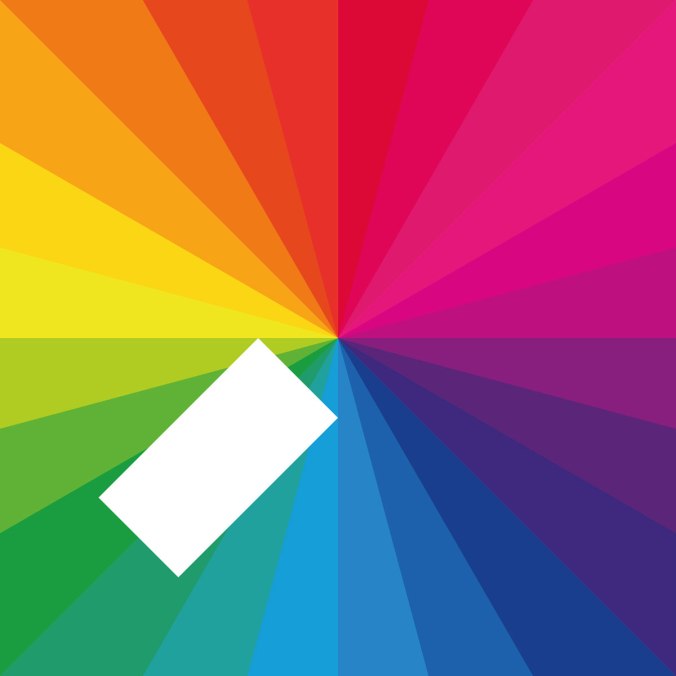 From when I first wrote about In Colour:

In Colour makes me wish I knew more about the electronic genres he’s citing/mining/channeling, so I can stop using EDM as a catch-all term. These songs feel elemental, like Jamie’s taken the basic ingredients of the music he grew up with and combined the best bits with a ruthless and discerning efficiency. I don’t know which ingredients are which — what synth sounds come from house vs. techno vs. drum and bass vs. something else on this hilariously detailed Wikipedia page — but for the first time I can remember, I want to know.

I know I keep harping on how good 2015 has been for new music, but one (admittedly subjective and unscientific) measure of how good it’s been is how many albums could easily be considered the year’s best had they come out in another year. That’s one of the first things I think about when I check to see where Carrie & Lowell is ranked in other lists. In fact, it reopened what was, for me, a closed discussion: Which is the best Sufjan Stevens album? Illinoise. I used to be sure of it. Now, I’m not.

This here is an emotional sledgehammer. The Mike Tyson of chronicling a painful family history and your place in it. Sufjan is simply the best at this. No one else can take a profound sensitivity and turn it into a document that makes me want to compare it to a sledgehammer and Mike Tyson. It’s paradoxical, but that’s Sufjan Stevens, and Carrie & Lowell may turn out to be his best work. 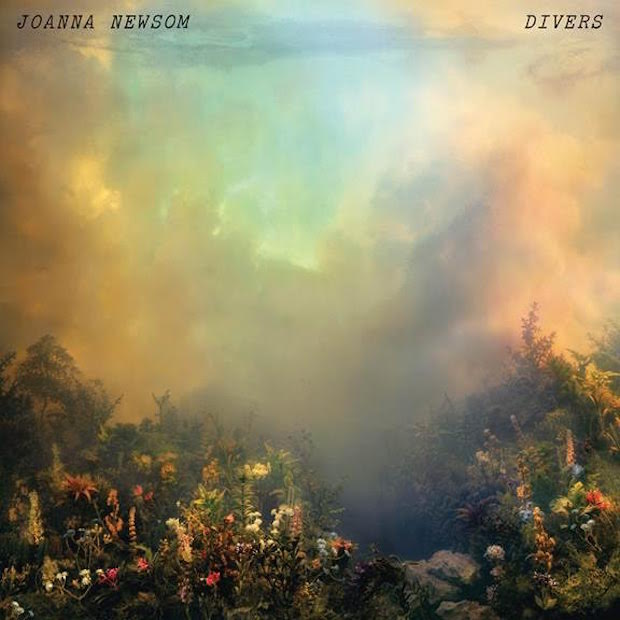 Read the next entry and come back, OK? Done? Much of what I said about The Epic can be said here, except substitute an abundance of notes for an abundance of words. I’m still trying to wrap my brain around all that Joanna Newsom has given us in Divers. I could actually say the same of Newsom herself. I found a used vinyl copy of Ys earlier in the year (after I heard “Sapokanikan”), and used that as a gateway to Newsom’s wild, intricate universe. I’m still getting my bearings inside her world, but here’s how I know I’m a happy citizen of it: When Jim DeRogatis panned the album on Sound Opinions, I got really pissed. I started mentally writing a blog post in reaction — here’s a sampling of the thoughts going through my head at the time:

These are the knee-jerk reactions of someone whose feelings were hurt. I did not publish that post, and I have not been boycotting Sound Opinions. All the same, I learned that I’m on Team Newsom for good, even if I don’t yet fully grasp the game we’re playing.

Last year, Black Messiah was the album I ranked somewhat speculatively, because I hadn’t had all that much time with it. (Probably should have been higher than #7.) Kamasi Washington’s ranking is somewhat speculative as well, but for a very different reason: Because it’s so damn long, I’ve only listened all the way through once or twice. I’ve listened on Spotify a fair amount, and I’ve spun my vinyl copy a number of times, usually picking a disc and side at random, but I’m not sure I have a grasp on the thing as a whole yet. Regardless, there’s a magnetism to the project that makes it hard to discount or ignore. Some of that pull comes from the content and its scope, some from his connections to artists like Thundercat, Flying Lotus, and Kendrick Lamar. Some comes from how people are talking about Washington resurrecting a West Coast jazz scene that was flagging (I guess — I don’t really know much about that scene). Whatever it is, I’m not filing The Epic away any time soon. 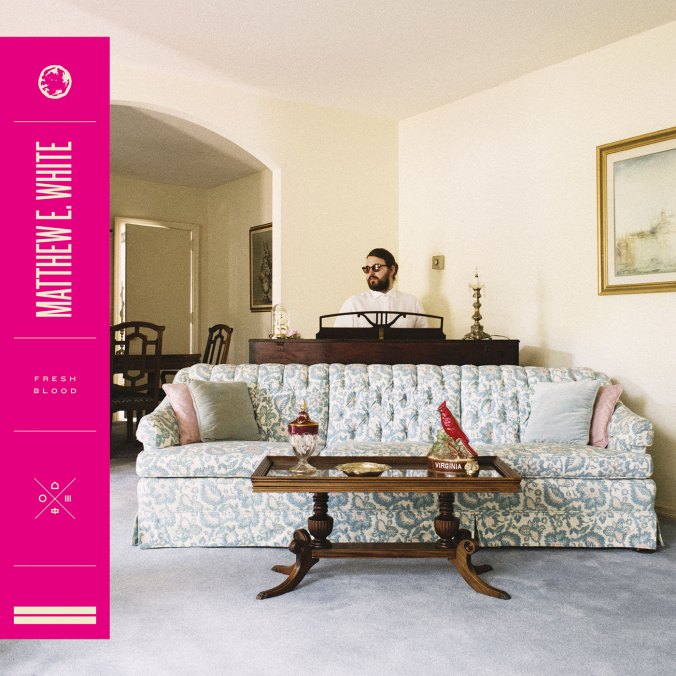 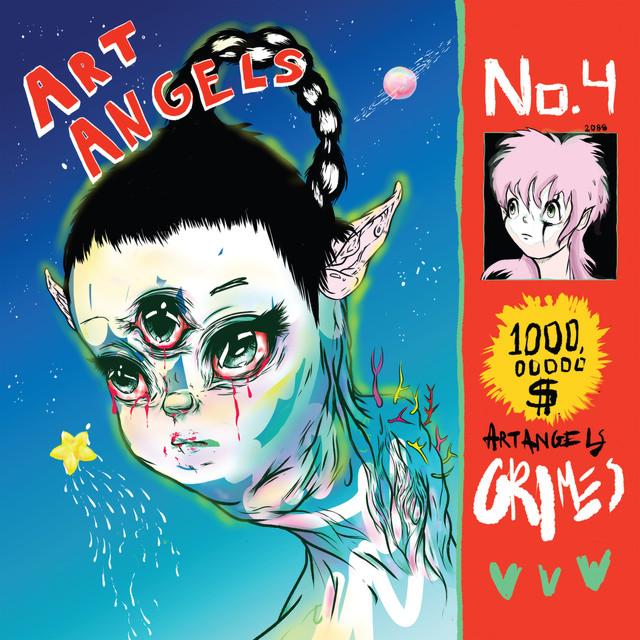 “Kill V. Maim” sealed the deal. More specifically it was the cheerleader-y pre-chorus — one of those certifiable moments when you decide halfway through a song that you love it, you will always love it, and you love the tracks before and after for just being near it. In truth, if that moment hadn’t come during “Kill V. Maim,” it would have happened eventually, because Art Angels is unreasonably packed with excellent, memorable, marketable songs — “California,” “Flesh Without Blood,” “REALiTi,” “Artangels” — to the point where you start thinking that it’s just not fair. This should be a greatest hits collection, not an album of all-new material.

Side note — if you have a chance, look up “SCREAM” on YouTube and watch the craziness unfold. Can you imagine being there for that? I’m not sure I could even handle it, but I’d love the opportunity to try.

4. Jason Isbell — Something More Than Free 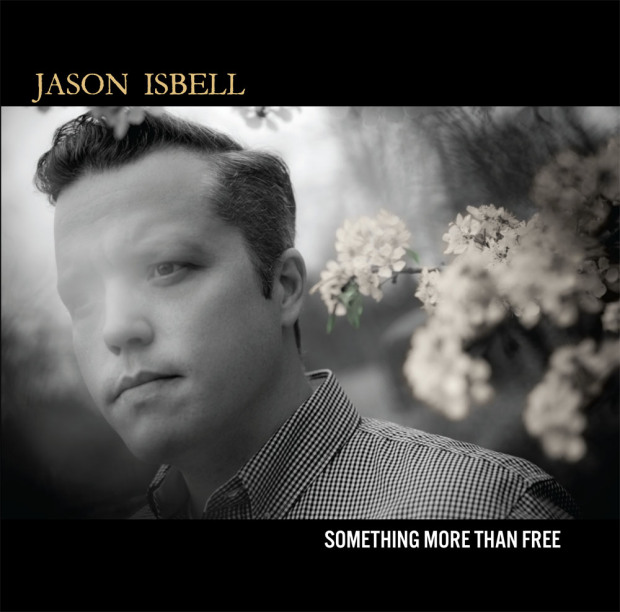 Doug Nunnally wrote some incredibly insightful words about Something More Than Free for RVA Magazine — I’d direct your attention there and zoom in on a particular passage here:

At times, it feels like a companion piece to Bernie Sanders’ campaign as it touches on similar themes of correcting issues that grew from grey areas while simultaneously voicing the frustration of blue-collar workers and the dwindling middle class.

This gets at something I’d been hoping to articulate about these songs, and about Isbell’s work in general. Isbell’s politics run counter to those of many with his accent, and I’d guess those politics are informed by something subtle but powerful that comes through in his songwriting: A consistency in the value he places on each person’s story. He gives his characters a fundamental sense of dignity — a generous allowance for imperfection that’s not apologetic as much as it’s understanding. Factual, even. No life is devoid of pain — not the father in “Speed Trap Town,” not the son; not the older generation in “Children Of Children,” not the younger — and when you build up from that basic sense of generosity, you get a worldview that’s compassionate and wise. It’s the kind I’d like to cultivate as I get older, and the kind I’d like to pass along to my daughter. Listening to Isbell is a good step in that direction, I think. 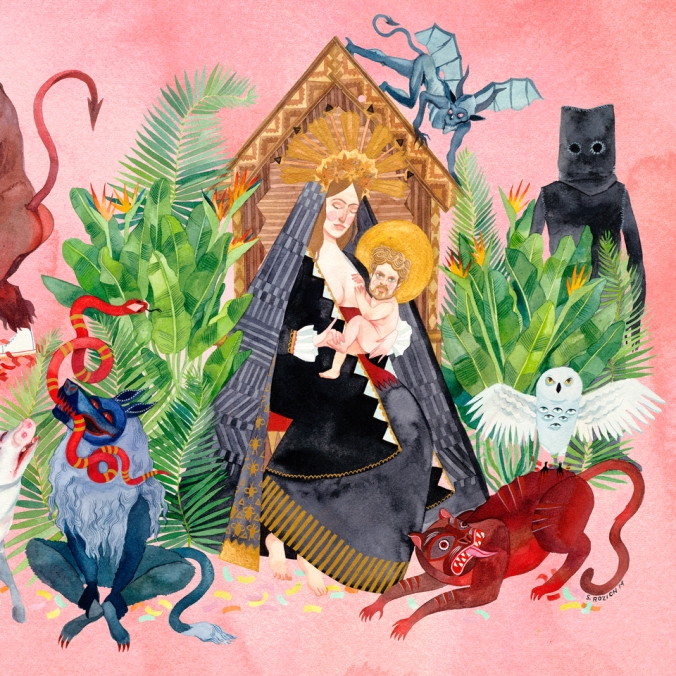 This album, while home to plenty of pretty singing and playing, is an ode to our ugliest impulses — those thoughts we fight against to get through the day and feel like a normal, contributing member of society. There’s a whole lot of “Fine, I’ll be the one to say it” on I Love You, Honeybear, and while I’d usually associate that kind of speech with attention-craving, I think Josh Tillman thinks this country (see “Bored In The U.S.A.) is operating at a severe deficit when it comes to self-reckoning, and I think he’s right. It doesn’t mean we should all be saying awful things to each other and following our ids wherever they lead us, but it does mean we should spend a little more time thinking about why we do the things we do and how we can collectively reach a more honest place. It might not be pretty, but that’s OK.

2. Kendrick Lamar — To Pimp a Butterfly

Going to retread what I said on Sound Gaze a bit here, but To Pimp A Butterfly reminds us that, despite 2015 being a phenomenal year for new music, not everything that happened this was year good. Police violence. Racism. Poverty. These problems aren’t new, but they’ve rocketed to the front of America’s consciousness (and conscience) as part of — what I hope will be — a movement pushing us closer to solutions. In that sense, TPAB is the perfect marriage of subject matter and timing — the album of the year, in more ways than one.

Yet its timeliness is only part of what makes it great. Lamar’s versatility, the depth and drama afforded by jazz instrumentation, the meta-narrative that builds as the album progresses… it all feels like proof that we’re looking at a once-in-a-generation talent. Let’s hope America listens.

I wrote for RVA Mag that this album was “true north” for me in 2015, and there was actually a physical manifestation of this. Mrs. YHT got me this really nice wooden record case for our fifth wedding anniversary, and I decided at some point that it would hold current-year albums and be emptied each New Year’s day. One side effect is that I can’t help kinda sorta ranking the albums in the box, with the most played, most beloved ones working their way to the front. Natalie Prass’ album spent the entire year there. The top inch or so was visible in my living room all those months, giving me a zillion opportunities to consider and reconsider how much it meant to me, and the only time it wasn’t in the front of that case was when it was being played. Like I said — true north.

Just now realizing that the front of the case actually does face north. Whoa.

*Because of the principle of superposition, this album technically occupies every position in the Top 25.